I wrote the post below last Wednesday morning, on the first day of my #21earlydays experiment.

Well, I finished writing a blog post and it's only 5:12 AM, so I have plenty of time to write another.

Today I'd like to give you an idea of where I was at before this experiment.

I typically woke up around 5:48 AM on weekdays. My alarm clock would go off at 5:30 and I would usually hit snooze twice.

We started a new sermon series last week at church called "The Excellence Factor" and Pastor Clay mentioned that acknowledging God each morning right when you wake up is an excellent way to start the day. Ever since, I've been using the first nine minutes of the "snooze" cycle praying specifically for Brian, since he is right there next to me.

Yep, I've been covering Brian in prayer each and every morning.
Since last Sunday.
So, for the past two days.

After I wake up, I use the bathroom, wash my face, then go take care of the dogs.

I feed them and then I take them outside, which is super annoying since we don't have a fenced-in yard. I have to put them on a leash because they are runners (surprisingly fast runners) and they've attempted to run away on numerous occasions. 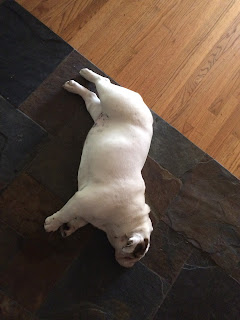 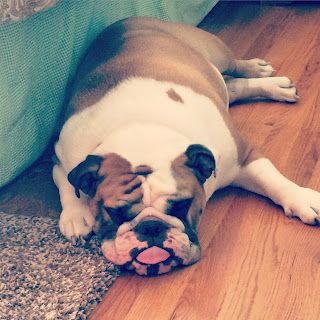 After that, I usually make coffee and read the Bible for about 15 minutes. I read through the whole New Testament in 2015, and then I started the Old Testament right after that. I'm currently in 1 Kings, so this is a very slow reading pace we're talking about.

Next, I get ready for work very quickly, wake up Cam, get him ready, and scurry out the door because at this point I'm usually running late. I need to be out the door no later than 6:45 if I want to beat traffic. He eats breakfast at day care, so that works out well.

I'll report back after my Early Morning Experiment and update you on my new morning routine, now that I have an extra hour and a half before work.