Last night, Brian and I went to look at a truck he was interested in buying. 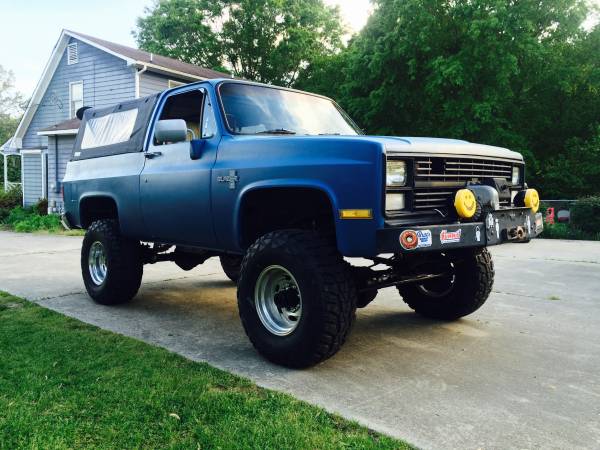 Being married to Brian should be documented in a movie or a reality TV series. It could be called "Five Cars and Counting."

Though the car situation is often an area of contention in our relationship, I'm surprisingly open to the idea of getting a truck, since a truck would come in handy at times. I actually prefer a truck to Brian's other sporty cars; it appeals to my country side.

You know the song "Let Me Show You How Country Feels"?

Yeah, there's a small piece of me that is country, so I see the appeal of an old truck on big tires.