A lot has happened in the living room lately!

Let's go all the way back to when we first moved into the new house. Here's what the living room looked like: 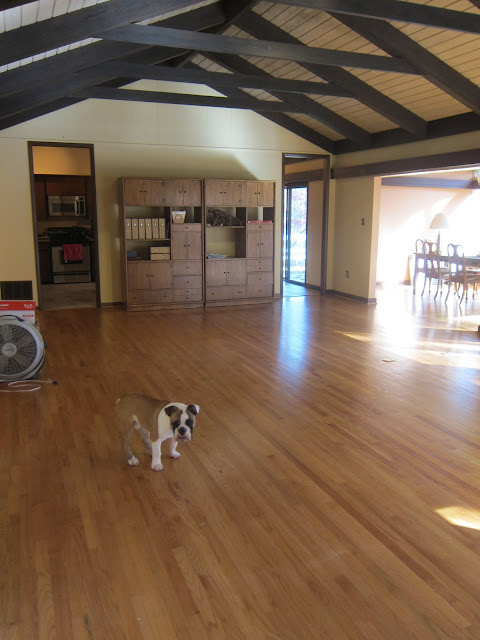 It's a huge open space that could easily be two separate rooms. We donated those large bookcases to Trosa and we centered our living room furniture around the fireplace. I liked the cozy feeling of having the living room as a small, separate space; however, it left a lot of open floor space on the opposite side. 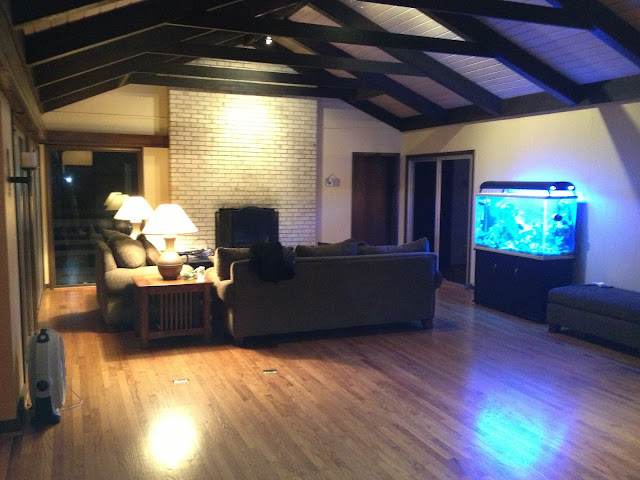 Brian purchased this living room set when he moved into the condo several years ago. He has good taste. I'm a huge fan of this set, since I tend to favor traditional decor. 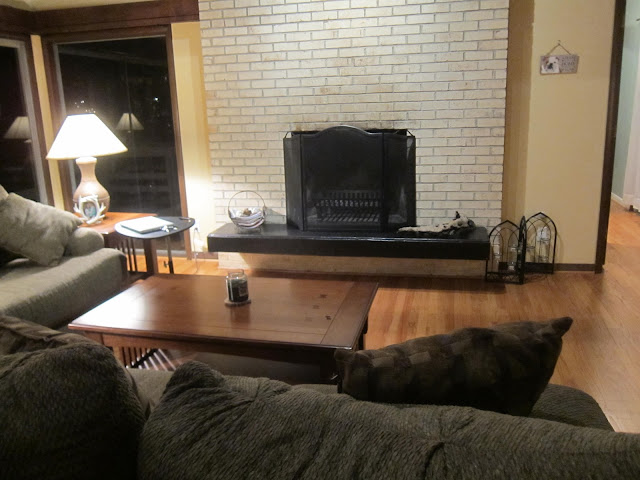 You can see how cozy the space was in this picture. Brian got into the habit of regularly making a fire, which made for warm Winter nights. Also, you'll notice one of my favorite things over there on the right hand side of the fireplace. Here's a close-up: 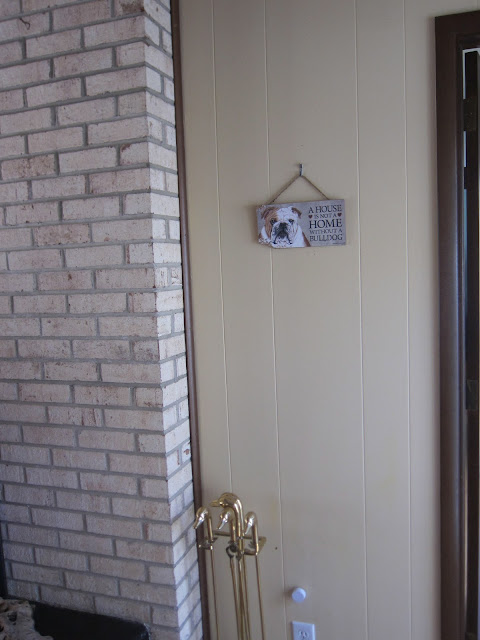 It still was pretty empty looking over on the opposite side of the room though - just a map of the Chesapeake Bay, which we have since moved in to the kitchen. 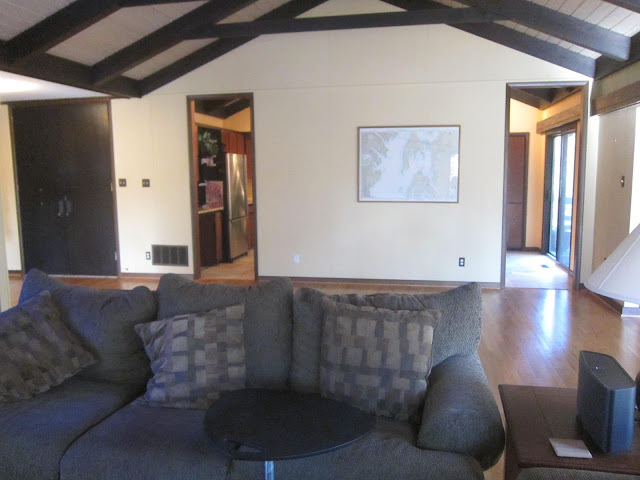 We added a rug to fill some of the empty space. The rug was left in the basement from the previous owners - I love it! 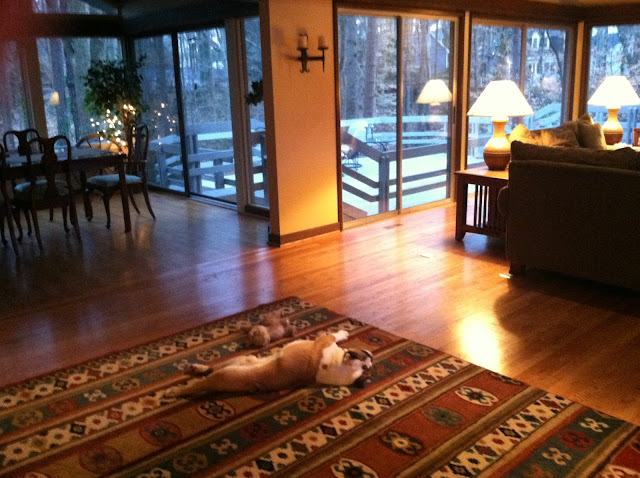 Brian and I also agreed on a Pottery Barn wood painting of an airplane. We rarely agree on anything, so this was, in fact, a miracle. 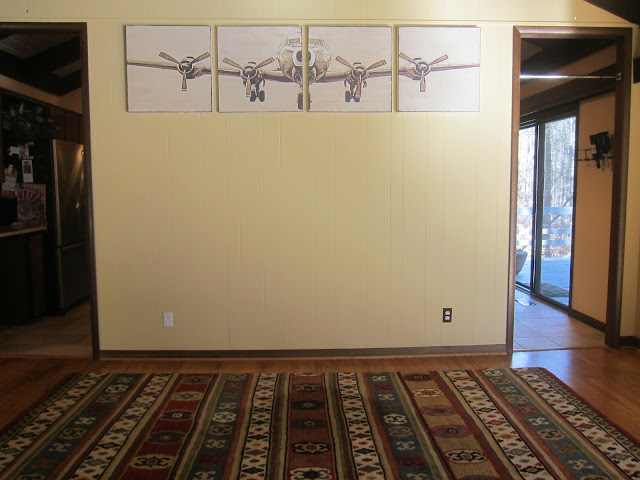 Next up, we purchased a mantel for the fireplace. It looked really bare without one. Brian did all the work himself to find exactly what he wanted and it turned out great! 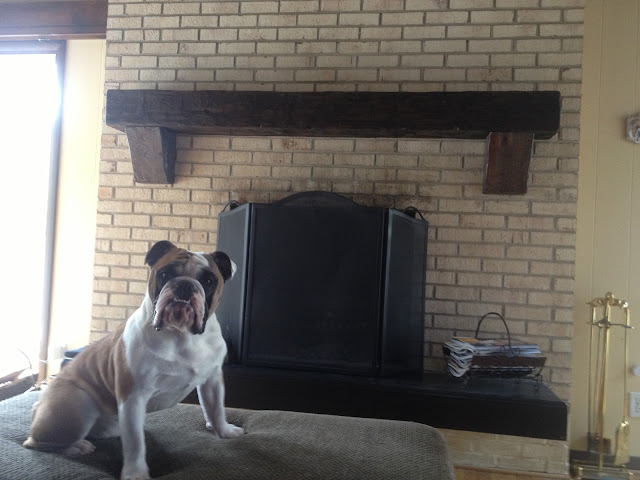 As you may remember from my previous post, Brian got a new fish tank. It's enormous, and since Brian requires that everyone stare at his new masterpiece, we had to move the couches so that they now face the fish tank! 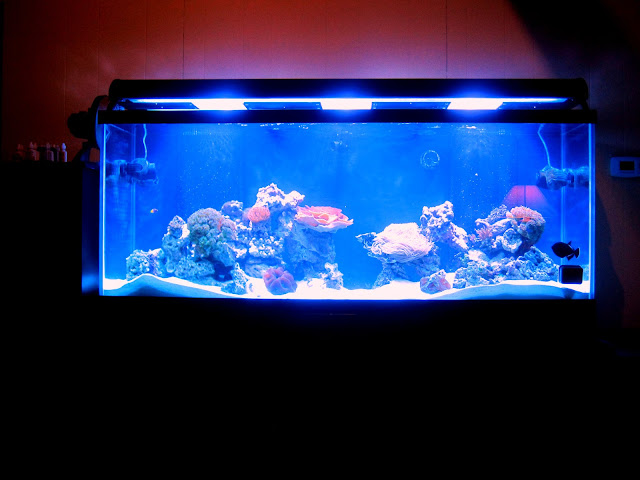 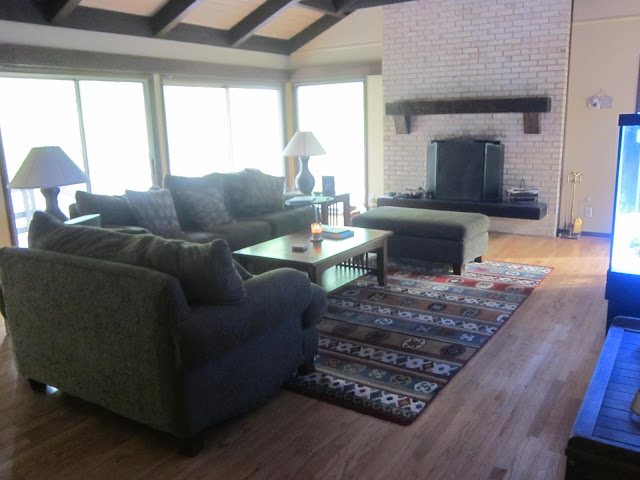 I also moved the rug over to the living space, which I think helps tie everything together. I wasn't crazy about the furniture rearrangement, but I am slowly warming up to it. 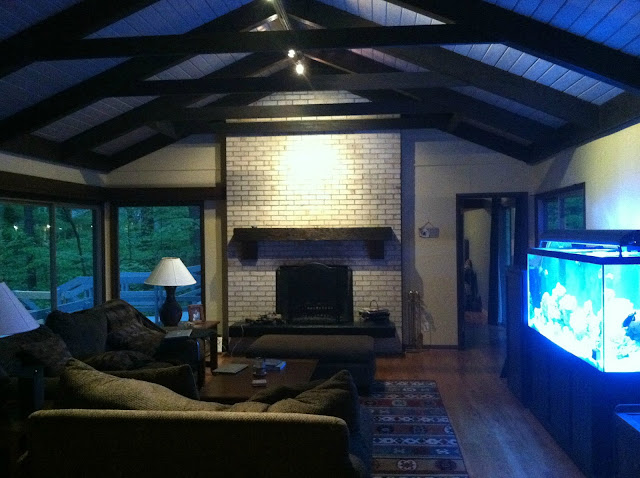 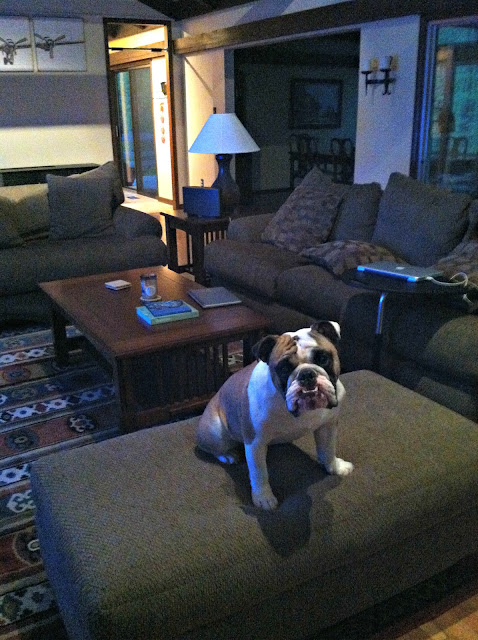 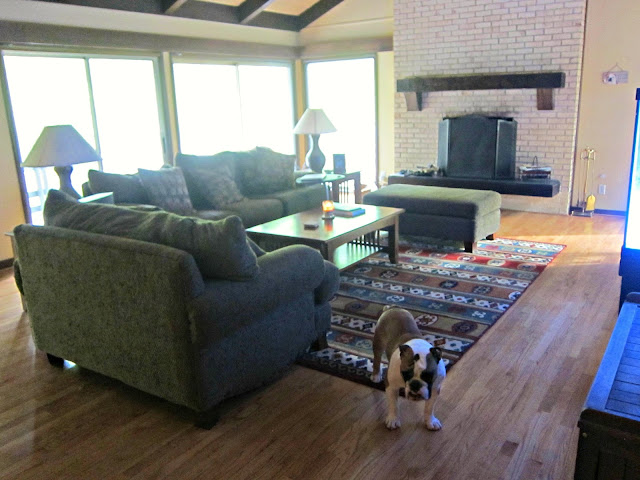 We're pretty much done in here for a while, although Brian would like one more rug for the foyer area. Also, we are keeping our eyes peeled for the right piece of furniture to go underneath the airplane panels (perhaps a large console, a bar, or a buffet?). It needs to be really large and I'd prefer to get something used from thrift shop or a consignment store.

OK, all for now.
Brian's cooking me dinner tonight...eggs and toast! I think I'll go serenade him with the Thrift Shop song.