Brian and I slept in late and then went to breakfast at The Wooden Spoon, a local favorite. Unfortunately, I had been fighting a really bad cold for our entire trip and this day really took a toll on me. I think I went through two boxes of tissues - it was miserable!

After breakfast we drove to Islamorada, which is about 30 minutes away from Marathon. We wanted to visit an art show that we had heard about; however, once we got there we discovered it had been cancelled. We did a little shopping and went to Robbie's to feed the tarpon. The tarpon feeding was a lot of fun and it had been on my to-do list for the past three years! It lived up to its hype. Those fish were HUGE. 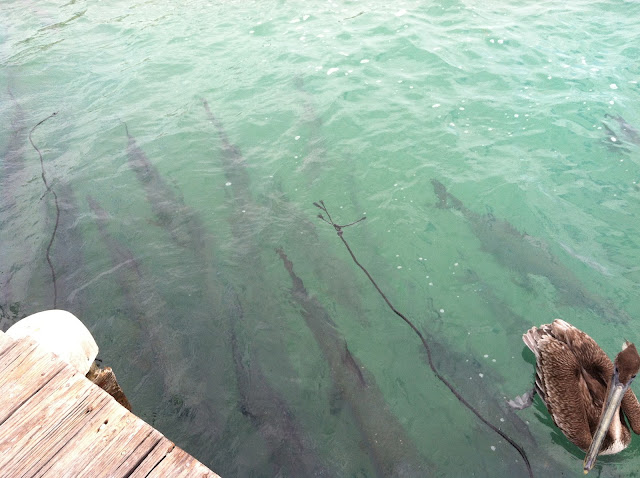 Crowds of people gathered on the dock to feed the fish and occasionally one would jump out of the water and grab the food right out of their hands!

Once we got back to Marathon, we rode bikes for a few hours and I forgot to wear sunscreen. Whoops.

We rode bikes all the way down to Crane Point Nature Park and Museum, so we decided to stop and check it out.

The nature trails were covered with enormous spiders. On one trail that seemed to never end, Brian and I were literally running with our heads ducked down trying to avoid the hundreds of the spider webs. I couldn't decide if I was laughing or crying - probably a little of both! It was terrible.

Luckily, ice cream makes all things better. On the ride back, we parked at a little ice cream shoppe called Sweet Savannah's for three scoops and an iced coffee. Yum!

We went for happy hour to another of our regular spots, the Sunset Grille, and then topped off the night with a "beer butt chicken" at Porky's Bayside BBQ. 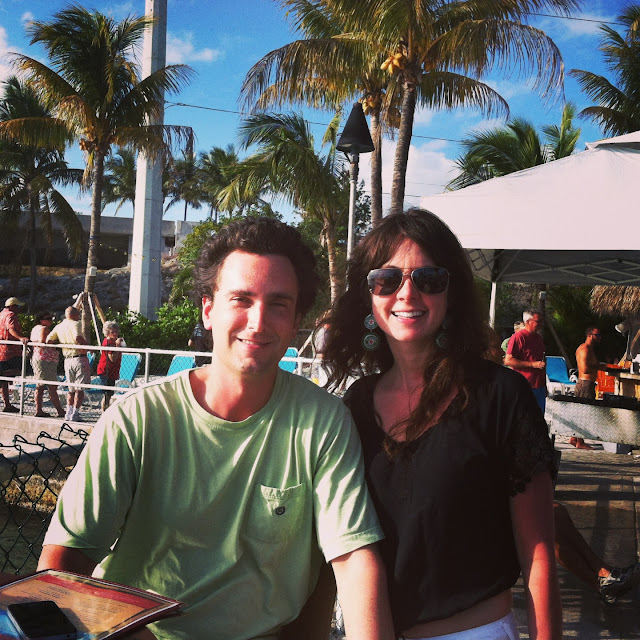 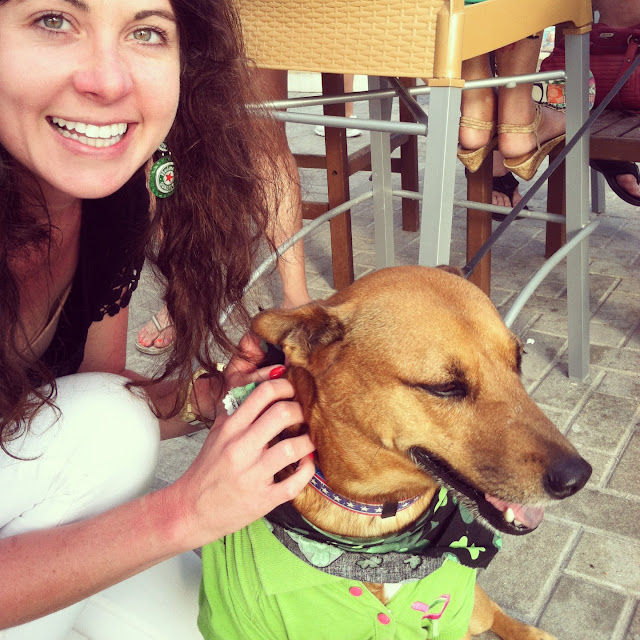 Here's a picture of me and Freddie. He's a celebrity in Marathon! He sings most nights at the Brass Monkey but he was performing here at the Sunset Grille on St. Patrick's day. 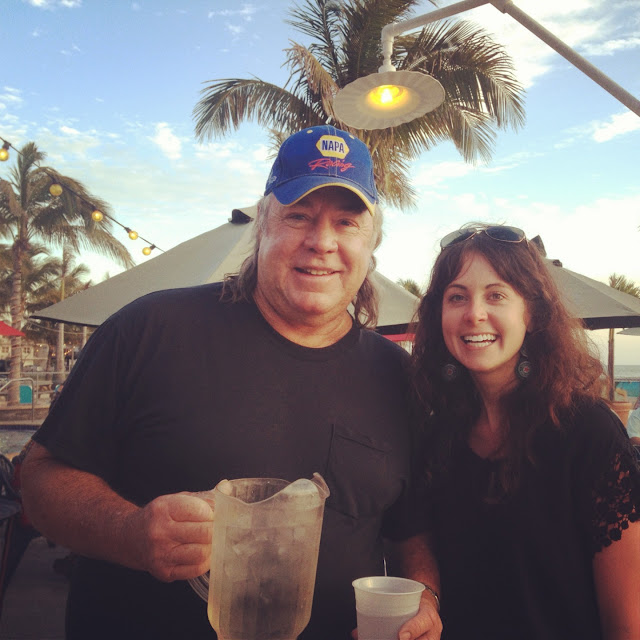 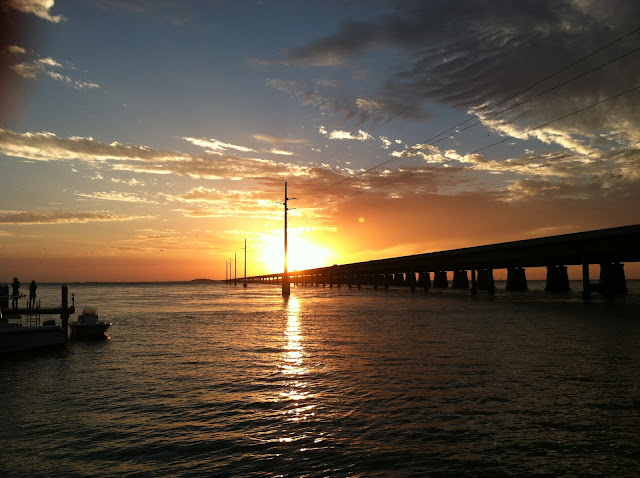 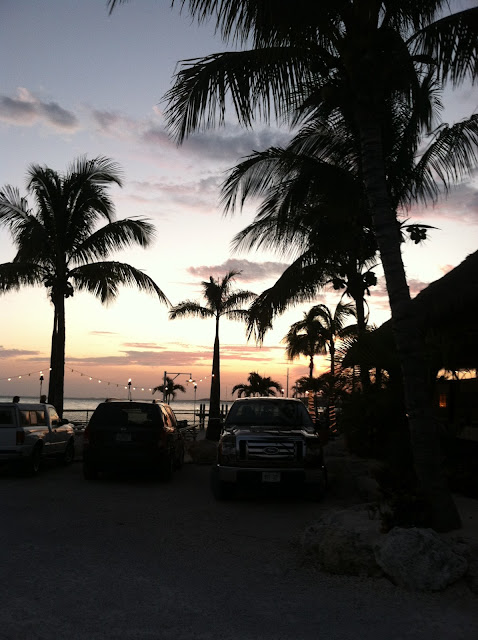 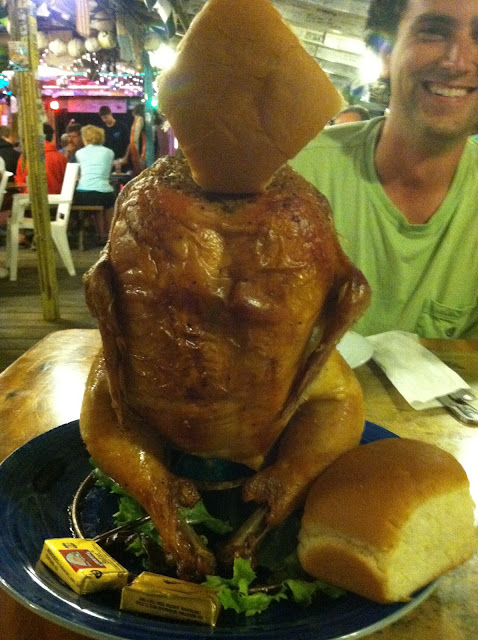 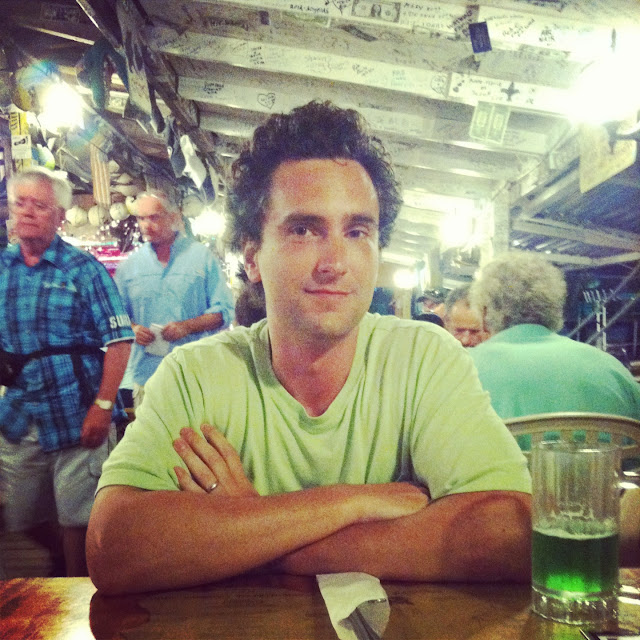