Monday was our last full day in the Keys.

I was still feeling really sick. Ugh.
Brian had to put up with my constant sneezing, coughing, and runny nose, so I'm pretty sure we were both miserable! I tried to make the best of a bad situation and still have a good time regardless. I only complained a time or two.  ;-) 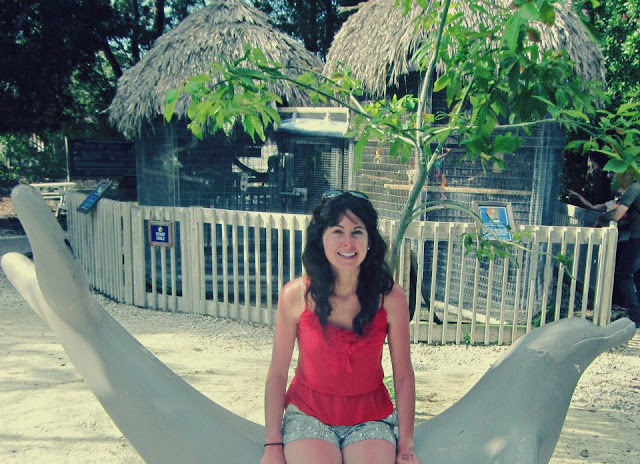 We went to the Dolphin Research Center, which was actually a lot better than I expected. Every half hour they would have a different session, so you could move around at your own pace and attend whichever session you wanted to watch. You could also observe the people who had paid to swim with the dolphins or watch an actual research study that was taking place. There was a lot of fun stuff to do there! 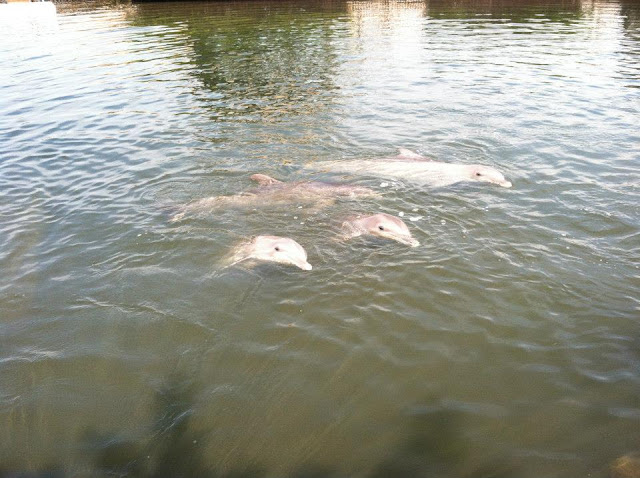 My favorite exhibit was the sea lions. I cannot get enough of these animals! They may not be as intelligent as dolphins, but I find them very entertaining to watch.

This picture was taken back in 2011 when we went to Theater of the Sea. That's when I first realized how hilarious these guys are! 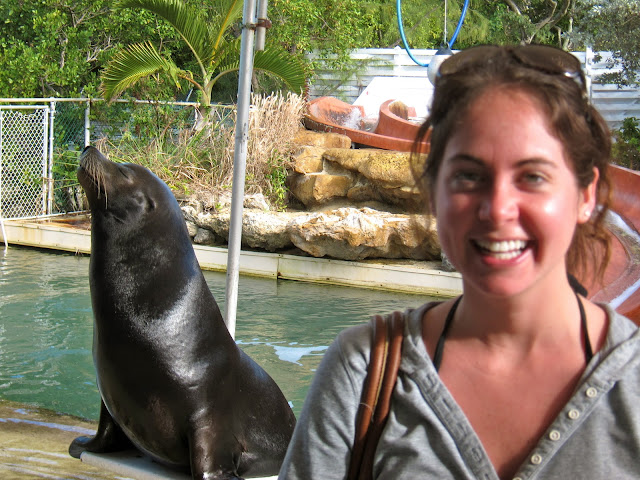 In the afternoon, we relaxed outside while enjoying the warm weather. It was nice to do nothing! 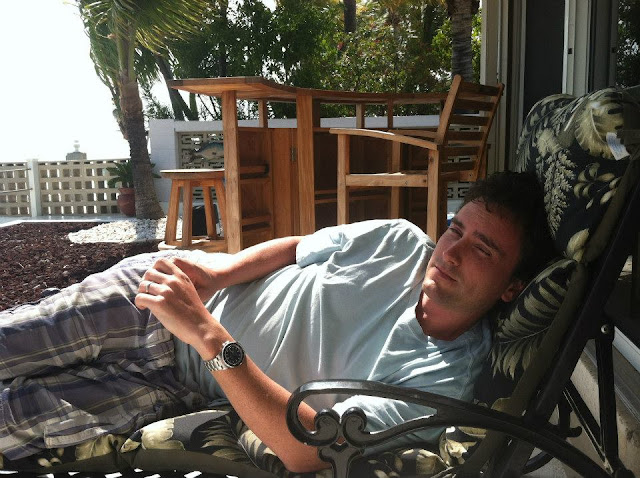 On Monday evening, we went over to the Heins' house for a cocktail hour before heading to dinner at Key Colony. Their house was incredible - I felt like it should be on "MTV Cribs"!

Dinner was a lot of fun because Brian and I sat next to their young grandson. He kept us entertained with his attempts at magic tricks.

Sadly, this was our last day. At 5am we had to get up and drive back to Miami to catch our morning flight.

As always, we had a great time.

Brian was ready to get back home to NC so that he could see a certain someone.... 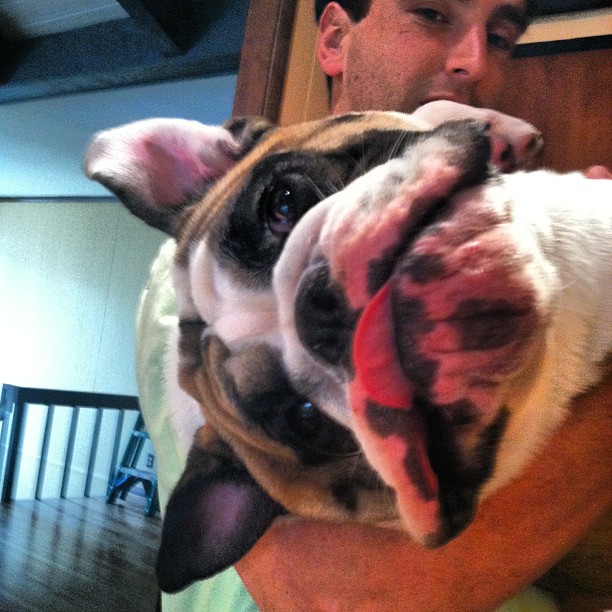