Even after creating the MySpace profile, nothing happened. I stayed busy with school and my job, so I'm not really sure how much time had passed before our next interaction. I think it was Fall of 2008 at the Mill Creek Invitational.

I remember it well. I was standing in the pro-shop talking to my boss Adam. I had probably just finished driving the beer cart that afternoon, and there's always a dinner and after-party for the Invitational on Saturday night. In walk Jason and Steph to the clubhouse, followed by Brian...and some blonde chick!

(I'm not sure "chick" is the most accurate word to describe her, but you know what, I'm working on being a nicer person.)

It was very clear to me that they were a couple. I was introduced to his girlfriend like it was no big deal. (WTF, I created a MySpace profile for you!)

In Brian's defense, it really was no big deal. Nothing had ever happened between us. I had rejected his attempts to go on a date and I never admitted to liking him, so he probably didn't find it awkward at all that he was there with his girlfriend.

I had to work the party that evening, serving dinner and drinks to the guests. It was a pretty humbling experience having to serve dinner to Brian and his new girlfriend and also bus the tables after they finished eating.

I wonder if Brian remembers that night.

During our forced moments of interaction that evening, I still remember there being chemistry between us, just like there was the first day we met.

Over the course of the next several months, I didn't see Brian at Mill Creek anymore. It was my senior year at Elon. I would occasionally ask Stephanie about him when the topic would come up. "We're going to Vegas with Strawberry," she told me one day in the pro-shop. "Oh, how's he doing?" I asked.

He was still dating that same chick. She told me her and Jason thought that this girl was "the One" and that he was going to marry her.

I never asked about Strawberry again after that.

In June 2009, I sat down at my computer one night and had a Facebook Friend Request.

Hmmm...I guess that chick wasn't "the One" after all!

Thankfully Facebook has kept documentation of our lives ever since. 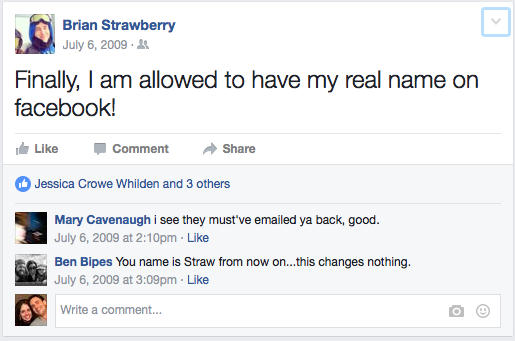 I had been babysitting for the Phillips kids that summer, and I remember we had just gotten home from the pool that afternoon when I checked my Facebook and had a message from Brian: 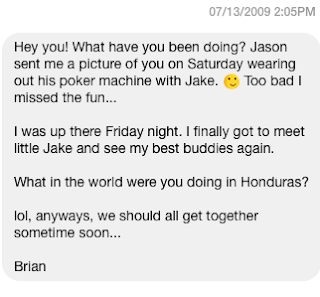 The rest is history.

If anything, I hope this story goes to show you that God's timing is always perfect. I thought Brian was going to marry someone else not once, but TWICE, during the two years before we went on our official first date. 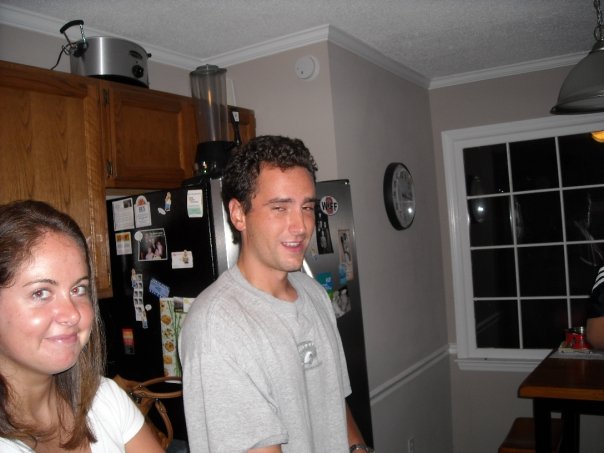 I've put up with a lot of crap over these past ten years (and so has Brian!!!), but I am so thankful for my best friend, and thankful that I have this story to tell.