I intended to write this post last year, but better late than never, right?

July 19th happens to be the day we got our newest bulldog, Pippa.
Don't get me wrong - Pippa is the apple of my eye - but she's not the reason July 19th was the best day of 2014.

July 19th was the day I flew a plane.

I have always been obsessed with aviation. It's not something I've ever talked about much, but when I'm on a plane, I feel present and focused on life in that moment. I feel a sense of calm that's hard to explain.

Brian has told me he's afraid of heights, but he's a really great husband because he always indulges my whims.

For my birthday in May, Brian bought me an hour-long introductory flight lesson from Blue Line Aviation at RDU. Best birthday present ever!

To me, flying a plane seems extremely difficult and challenging, but that's why I was excited to learn. I need to be challenged. I need to do things outside of my comfort zone.

So on July 19th, we headed to RDU and met my flight instructor Charles. Charles told me he'd do the take-off and landing, but once we got out of RDU airspace, I'd have about 45 minutes to fly the plane wherever I wanted to go.

"Um, excuse me Sir Charles, but do you realize I've never flown a plane before?"
Charles looked at me, relaxed, and said "I'm confident you'll do great."

So, with that, I said "let's get this party started!" 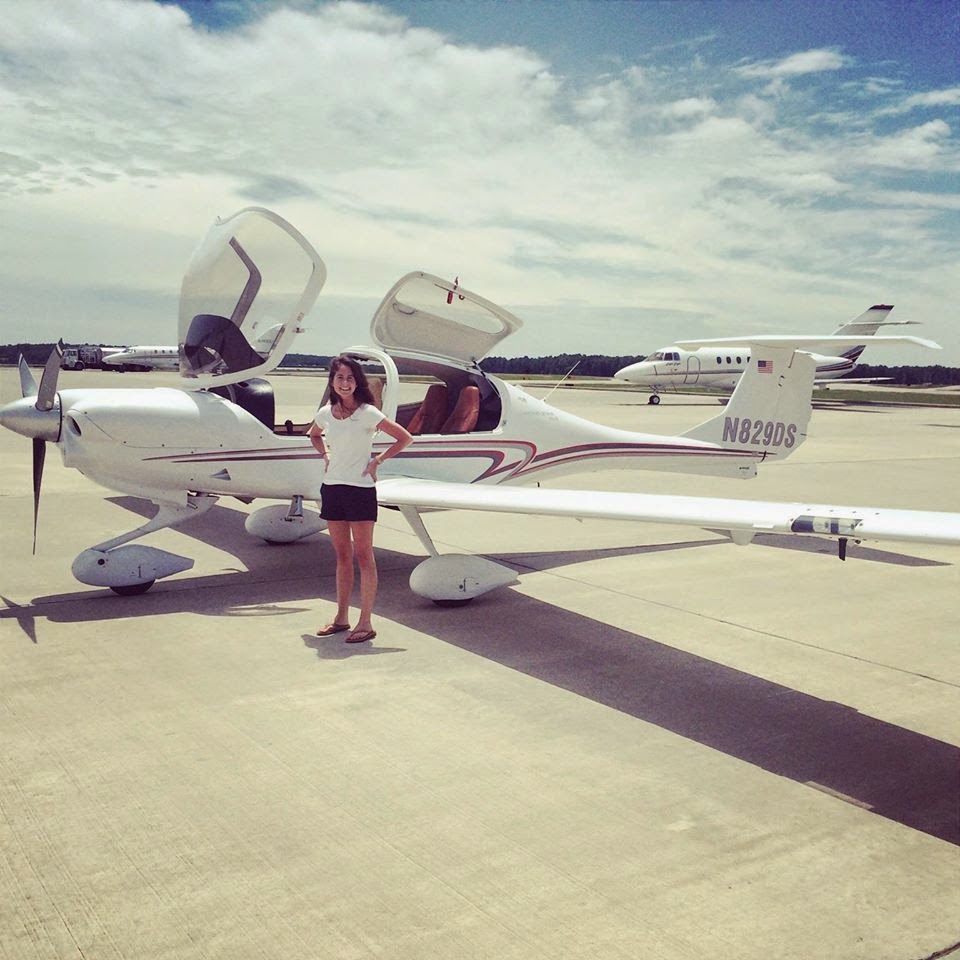 We hopped in an old Cessna (I'll call her Ol' Bessie) and I was a little nervous because Ol' Bessie looked like her time on Earth was done. Charles tried several times to get Ol' Bessie up and running, but her engine wouldn't start.

So Charles was like "Let's hop in this one over here. I've only flown it once in my life, and I'm not too familiar with this type of plane, but it's brand new!" (I'll call this plane The Wasp).

I remember looking at Brian, who agreed to go along for the ride, and thinking it was a good time to play my favorite game....

In the end, I flew the Wasp. And Charles really did hand me the controls and let me fly it by myself for a good 45 minutes.

Holy cow, what an experience.

Getting my private pilot's license will involve a lot more time and money, so I'm not sure if I'll be pursuing that or not, but if I do, I'll take you up.

My passengers told me it was a smooth ride.