When Brian and I first started dating, I remember being REALLY EXCITED for all the memories we'd make and the cute Christmas traditions we'd create together.

Do you know how many Christmas traditions we've created together?

Do you know how many Christmas trees are up at our house right now?

Do you know how many Christmas movies we've watched this year?

If you've been around me for any length of time, you've probably heard me say my favorite phrase, "Brian's gonna do what Brian wants to do."

I learned early on to pick my battles.

Brian doesn't want to drive around and look at Christmas lights. He's probably never going to decorate a gingerbread house with me. He doesn't want to go ice skating at North Hills (I just asked him. He said no). He's not interested in cuddling on the couch, drinking eggnog, and reading The Polar Express.

He's just not very festive and he's not romantic, so I don't try to force it.

When we first moved into our house back in 2012, it was pretty close to Christmastime, but I decided to hold off on decorating that year. I knew Brian wouldn't care either way, so it was just easier not to deal with it.

Christmas 2013 rolled around and I decided, once again, that I would pass on the decorating.

This December rolled around and I thought about it. For one second. 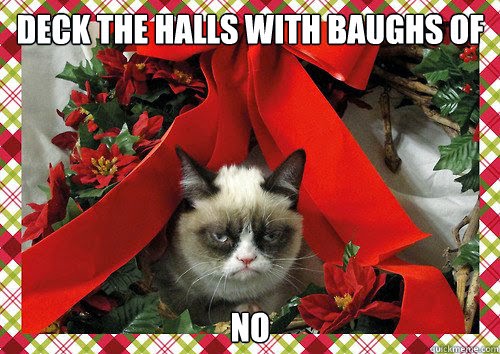 I remember decorating for Christmas at our house when I was growing up. It was an ALL DAY EVENT. We would have an assembly line from the attic to the living room, transporting box after box after box. I actually enjoyed helping! But then, when Christmas was over and it was time to put everything away, I was nowhere to be found. :-)

So, yeah. Not decorating has been a good decision for me.

Okay. I know what you're thinking.

"But Kelly, your house is rustic, like a mountain lodge, and it would look SO PERFECT decorated for the holidays!"

It's true I have grand Christmas decorating ideas for the future, but it's just not in the cards this year. It involves a lot of Pottery Barn spending.

So, I'll celebrate Christmas in my own little way. 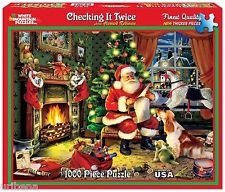 I should probably go ahead and move into a nursing home. ;-)