Yay! I'm knocking out my January goals one by one.

I've been wanting to sponsor a kid through Compassion International for a couple of weeks now, but I had to wait until Brian replenished my personal spending account. My account got replenished today. (I think there may be a need for me to explain our budgeting system in a separate post. It seems a little complicated, but I think we'd make Dave Ramsey proud.)

Let me explain how I first found out about Compassion.

The other day I was in a giving mood. These moods are few and far between. Believe it or not, I'm usually pretty selfish (Never ask me to borrow my clothes/jewelry/etc. I'll reluctantly say yes and then pout for a good hour. Just ask my mom and sister).

Well, I just happened to stumble upon this blog post  at the same time I was in a giving mood. I had never before heard of Compassion International, so I did a lot of background research to see how Compassion used their money and to see if they scored well on those charity rating websites. It turns out that Compassion has an awesome record, and it's an organization that I now feel comfortable giving my money to. I am usually very skeptical about these sort of sponsorship programs, so be sure to do your research if you feel led to sponsor a child!

So after I decided to sponsor a child through Compassion, I then had to go pick a child to sponsor. Easier said than done.

When you go to the Compassion website and click on "Sponsor a Child," there are a million little faces staring back at you. I couldn't decide which kid to pick! I tried to recruit Brian to pick a kid for me. (I figured Brian wouldn't hesitate to decide for me, since he picked out our puppy Otis and completely disregarded my opinion on the matter.)

Brian actually didn't comply with my request. He refused to pick and said it was ultimately my decision. So I then clicked on "longest waiting" and decided to sponsor the child who had waited the longest.

I'm so happy to be sponsoring Merlin from Honduras! I think she will be awesome. 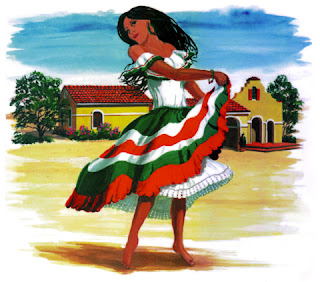 *Not an accurate portrait of Merlin from Honduras

Here's my conversation with Brian about sponsoring Merlin:

Whenever I write blog posts, 95% of the time I think people are going to think I am weird.
I shared the above conversation so that you know where I get my weirdness from!  ;-)

So I sponsored Merlin and now I feel all warm and fuzzy inside. I should be receiving a package soon from Merlin, including sweet letters of thanks. If you also want to feel warm and fuzzy inside, you should follow in my footsteps and sponsor a kid (Compassion is great but I also highly recommend Hope for Honduran Children Foundation).

OK - Two things:
1. I misspelled the word sponsor 284088443 times in this post. Apparently it's not "sponser."
2. When I selected Merlin to sponsor, her profile disappeared on the Compassion website, so unfortunately I could not find her picture to share with you on my blog. I tried google imaging "Merlin Compassion International" to see if her picture would appear. Her picture did not appear.
But several pictures of wizards appeared.
Hmmm...Brian was right.
Merlin is a great wizard. 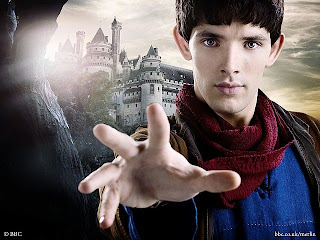 * Not an accurate picture of Merlin from Honduras