Do you remember Veruca Salt from the original Willy Wonka and the Chocolate Factory movie?

Pottery Barn brings out the Veruca Salt in me. 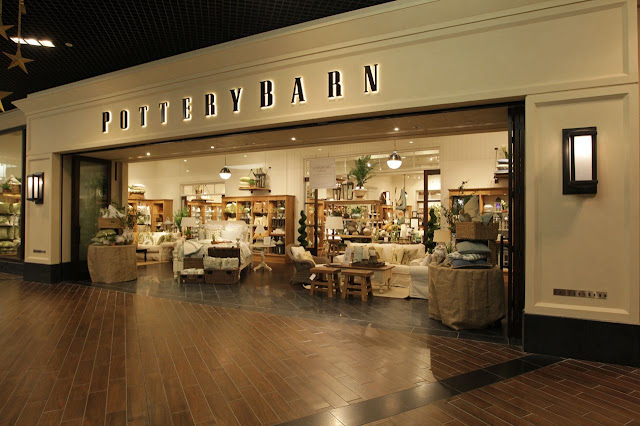 I kid you not, whenever I walk in that store, I immediately start singing "I want the world, I want the whole world.....and if I don't get what I'm after, I'm going to SCREAM!"

I don't actually sing this out loud, of course. I just sing it in my head. How hilarious would it be if I had a full-blown Veruca Salt meltdown right there in the middle of Pottery Barn?

Here's my Pottery Barn rendition of Veruca Salt's song "I Want the World":

I want that lamp.
I want that table.
I want two pair of that old vintage chair.
Price tag? I don't care.
Give it to me.
Now!

I want that clock.
I  want that book shelf.
That dining set will look perfect, I bet.
Now, my dear, don't you fret.
Just...
Give it to me.
Now!

I want that crate.
I want that pillow.
A wooden cheese board and a decorative gourd
That no one can afford.
And...
Give it to me.
Now!

I want to show you a really cool clock we purchased at the good ol' Barn of Pottery. 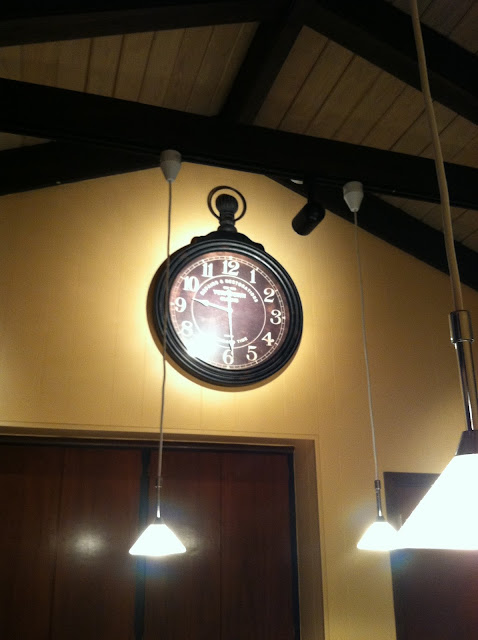 Deciding on a place for the clock was no easy task, especially since it was very heavy. Brian would have to hold it up as best as he could, and then I would stand there and examine it for several minutes. 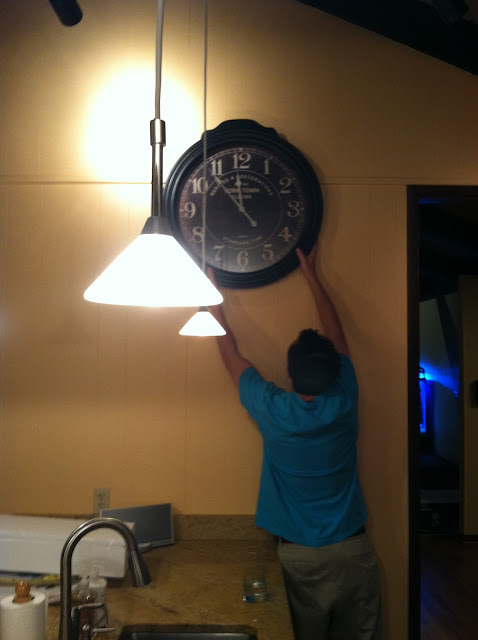 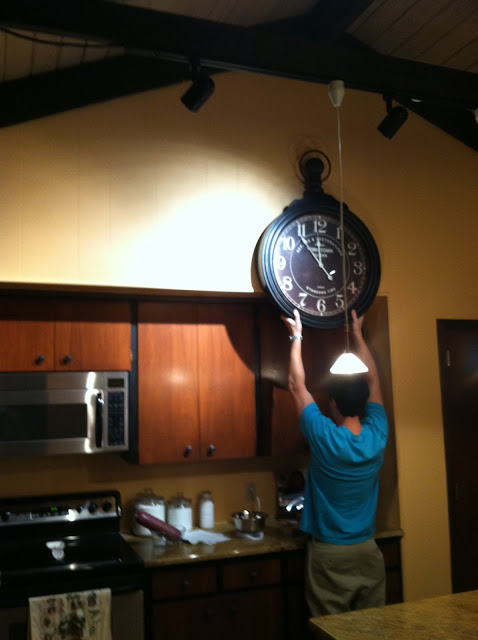 So then Brian would try it over there.
And then Otis would be like "Umm, a little to the left maybe?" 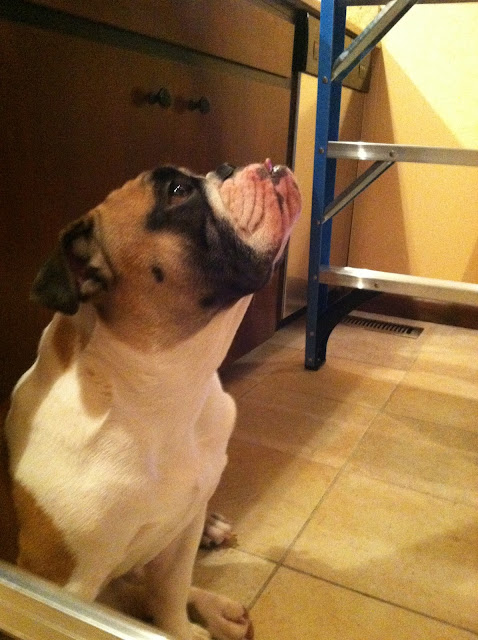 Then Brian would look at me like "I'm so over this! And why are you taking pictures instead of helping?" 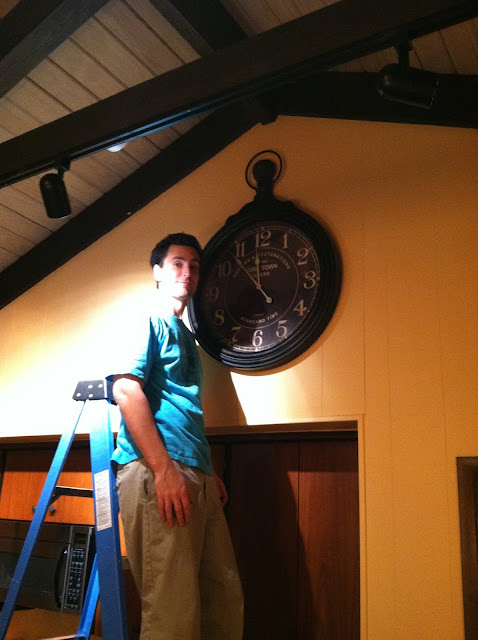 (Bloggers have to take pictures of everything, no matter how mundane the task.)

In conclusion, I've discovered that the process hanging the very heavy clock does not lead to any of the following:

A cheerful mood.
Kind words of encouragement.
Sex with your spouse.

It leads to animosity and messy kitchens. 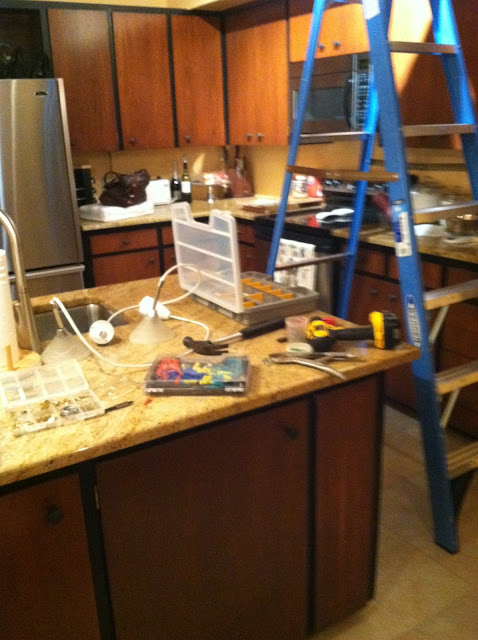 In the end, it was all worth it!
Labels: House