Well, I can accurately report that there is nothing to report on the basement.

Work has been super busy. Everything going on at our house is also taking its toll (it's been taking its toll on me for the better half of a year); however, tonight I can't complain. Cam is sleeping soundly and I have my favorite Big Boss Harvest Time beer in a chilled glass, ready to blog.

Breaking news: I am allergic to ants. I wish I was joking! I've been bit twice now in a month. The first time it happened, I was pretty alarmed at how bad it was, but didn't think much of it. The second time, my entire leg started immediately swelling! I think it must be fire ants in our driveway.

Brian thinks I'm being dramatic. When I complained to him about the ant bite, he texted me this picture: 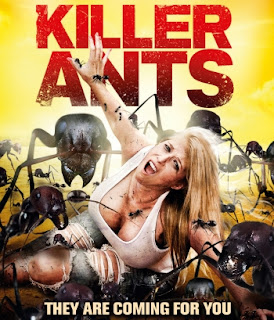 I think I need an EpiPen.

I finally got to visit MillStone Creek Orchards for apple picking last weekend! 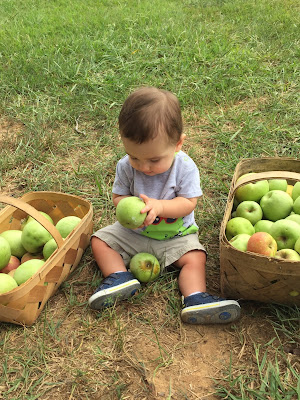 I had wanted to go last Fall, but it rained us out each time we tried to go. I was thankful that it worked out for me, my sister, and mom to all go together this past Saturday.

MillStone Creek Orchards was about an hour away in the middle of nowhere! While we were driving there, I was convinced we were going to be the only ones at the orchard.

I mean, there is country and then there is backcountry. This place was backcountry. We passed like five cars in thirty minutes (and I was secretly getting concerned that there was no nearby medical care, since I figured ants would be in abundance.)

To my astonishment, everyone and their cousin was at Millstone Creek Orchards on Saturday. It was so crowded!

I guess we took the road less traveled, and that made all the difference.

I had a nice time, but I've been sick with a miserable cold all weekend, so that put a bit of a damper on it for me. I think I'll just continue to buy my apples at the grocery store, but it was a fun one-time experience. I made homemade applesauce on Sunday and plan to make fried apple pies with the rest of my stash.

On Friday night, we went to Oktoberfest at Raleigh Brewing Company. It was so much fun - lots of people, dogs, and good beer!

On Saturday night, we met up with friends for dinner in Hillsborough. It was a perfect night to eat Mexican outside on the patio at Pueblo Viejo, so that was the highlight of my day. Such good company and so many laughs! :)

On Sunday, I was so exhausted from an eventful weekend, but I did get a chance to take the dogs on a walk at Lake Lynn and also take Cam to the pool.


A/C on full blast. Otis takes it to the face! 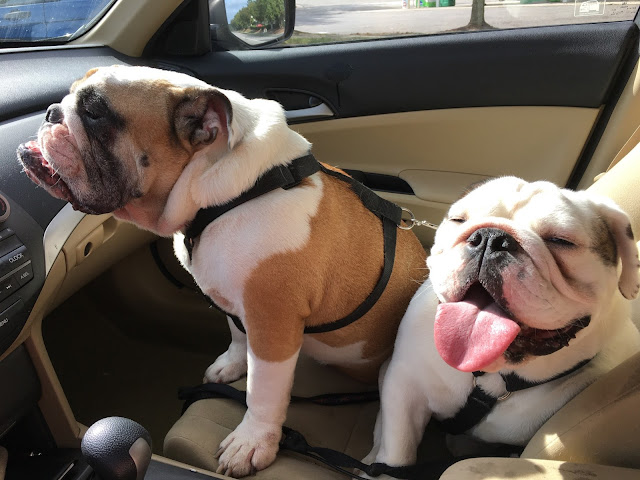 It was officially my last - and best! - pool day of the summer. 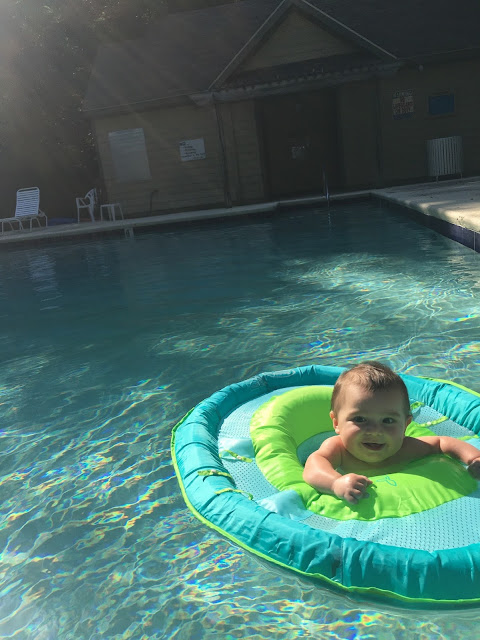 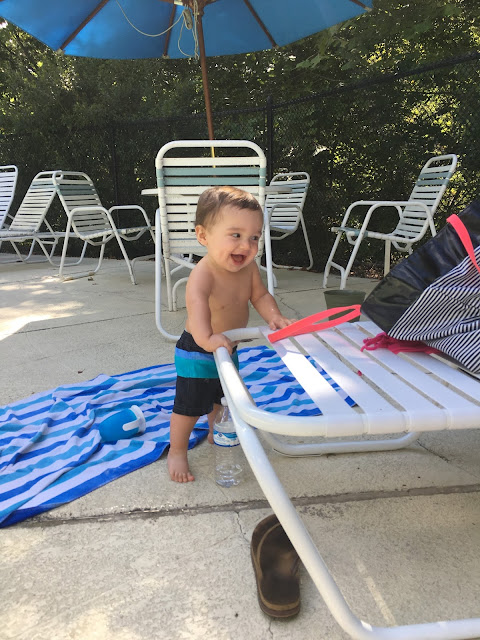 Of course, Cam and the dogs are the best part of every weekend. Love my babies so much!