Where did we leave off? Oh yeah, I remember.

We're back at the cabin now, taking out our food, pouring some wine, and getting ready to settle in beside a cozy fire.

I was so proud of myself because I remembered to bring fire starters.

Thinking there has got to be matches or a lighter somewhere, we tear apart the entire cabin looking for them, which takes approximately two minutes in a cabin this size: 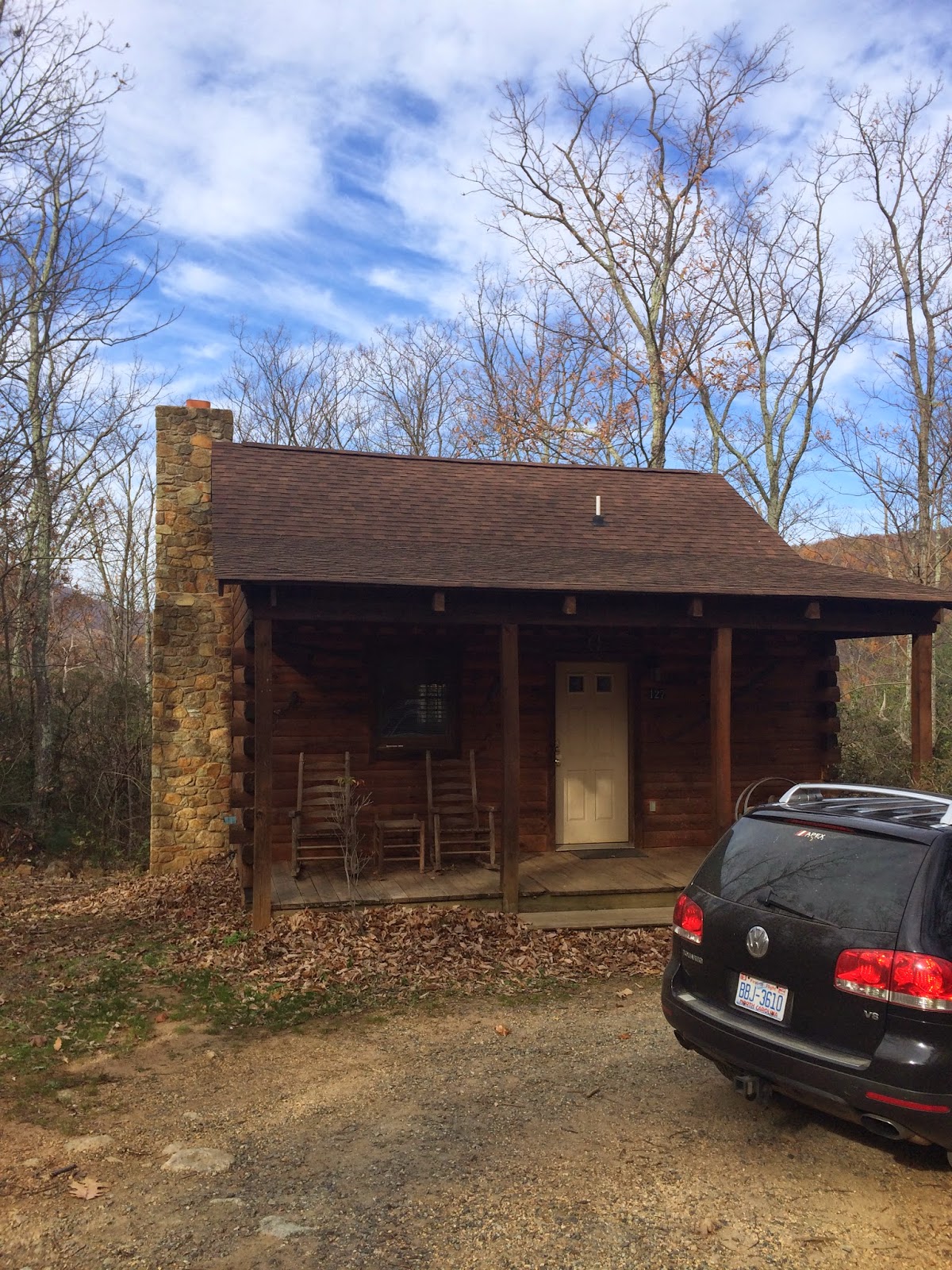 (Actual cabin and there's our car to prove it.)
(Also, our Volkswagen Touareg is for sale. $8K. Message me.)

There are no matches anywhere and I flat out REFUSE not to have a fire. Remember the three perks of this cabin? Privacy. Hot Tub. Wood Burning Fireplace.

So I'm like "Well, Brian, maybe you can drive back to Grocery."
And he's like "hell to the no."
So I ventured outside of the house to check the fire pit area. Maybe someone left some behind.

So I go back inside and tell Brian that I'm going to walk to the nearest cabin and ask if they have matches. When I was outside, I could see another cabin off in the distance with lights on and smoke coming out of the chimney. Surely they'd give us some matches.

So out I went, small flashlight in hand.

Right as I was shutting the door to the cabin, I see something that wasn't there before - headlights in the distance, near the neighboring cabin. I'm thinking I've timed this perfectly - they are probably leaving their cabin to go somewhere, so I can wave them down with my flashlight and ask them for matches.

As I'm walking down the dirt path towards the headlights, I realize the car is not moving. I start waving my hands and my flashlight trying to get their attention, thinking they will open a door and say something like "You need help?" but nothing happens.

At this point, I'm directly in front of the car that's not moving and I'm starting to question if there's even anyone in the car at all. Why aren't they helping me? I mean, this is literally their view and I'm a few feet in front of the car flailing my arms: 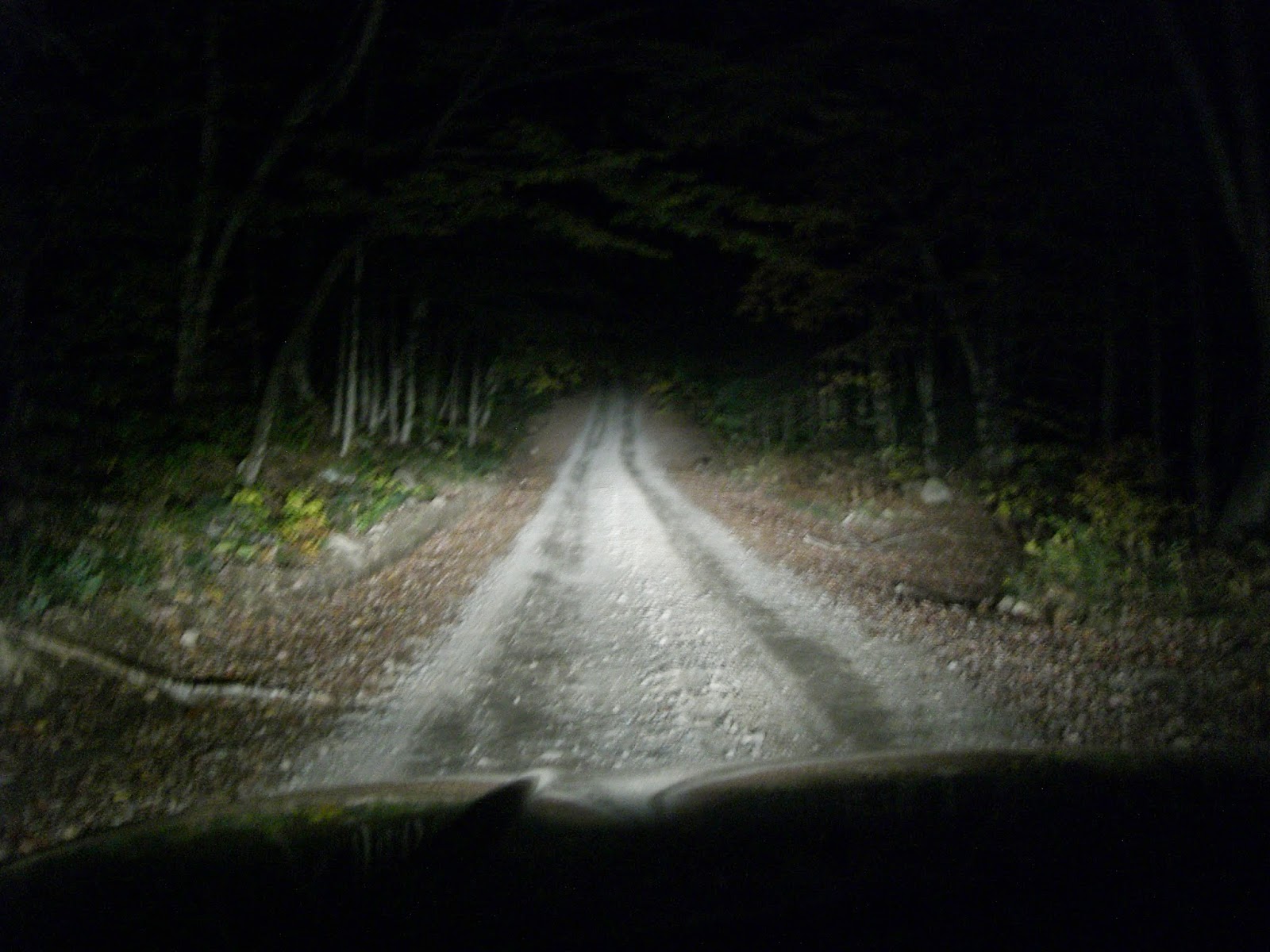 The uneasy feeling from earlier in the night returns, so I decide to just go back to our cabin. Screw the matches. But then I hear someone moving around in front of the neighboring cabin in the distance and I can see his shadow. I can tell it's a large man with his back towards me, about 15 feet away, like so: 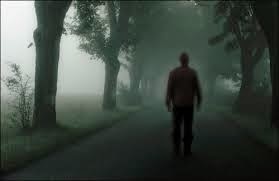 Assuming it's one of the people staying at that cabin, I shine my flashlight on him and say "Excuse me, sir? We have no matches in our cabin and I was hoping you could help me."

Words will never be able to articulate the absolute terror of the next thirty seconds.

Startled, he slowly turns and looks at me, but says nothing.
(In hindsight, he was probably wondering why the heck there is now a young girl in the woods, shining a small flashlight at him.)

Still saying nothing, he starts stumbling towards me, like he's trying to run but can't keep his footing. I start backing up.

He continues to say nothing as he's coming towards me, so I shout "Actually, nevermind!" and I start hightailing it back to our cabin. As I'm getting away, I hear him mumble "Wait, come back. I can help you."

I'm almost to our cabin door and I can feel him still behind me. He watches me go inside.

He's thinking "What the heck did you get us into now?"

I'm thinking "What the heck did I get us into now, but more importantly, HOW THE HECK DO WE NOW HAVE A FIRE?!"

(While I was outside dying, Brian used a toaster to start a fire.)

In the end, this never happened: 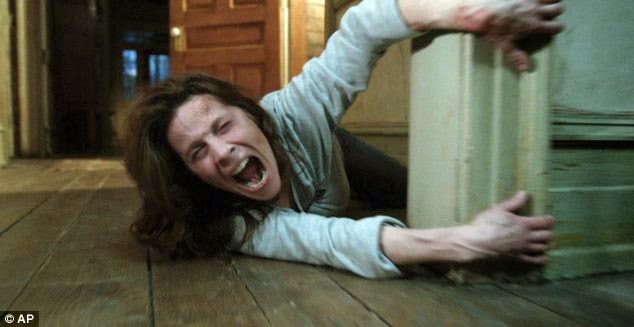 Nothing really happened after that except for mass consumption of wine. Without an alcohol-induced coma, ain't no way I was falling asleep that night.


I know you were hoping for a more dramatic ending to the story, but here's the kicker - this is an unsolved mystery.

Who was that guy stumbling around outside late at night? What were his intentions? And don't say he was looking for his dog.

The truth is, we'll never know. 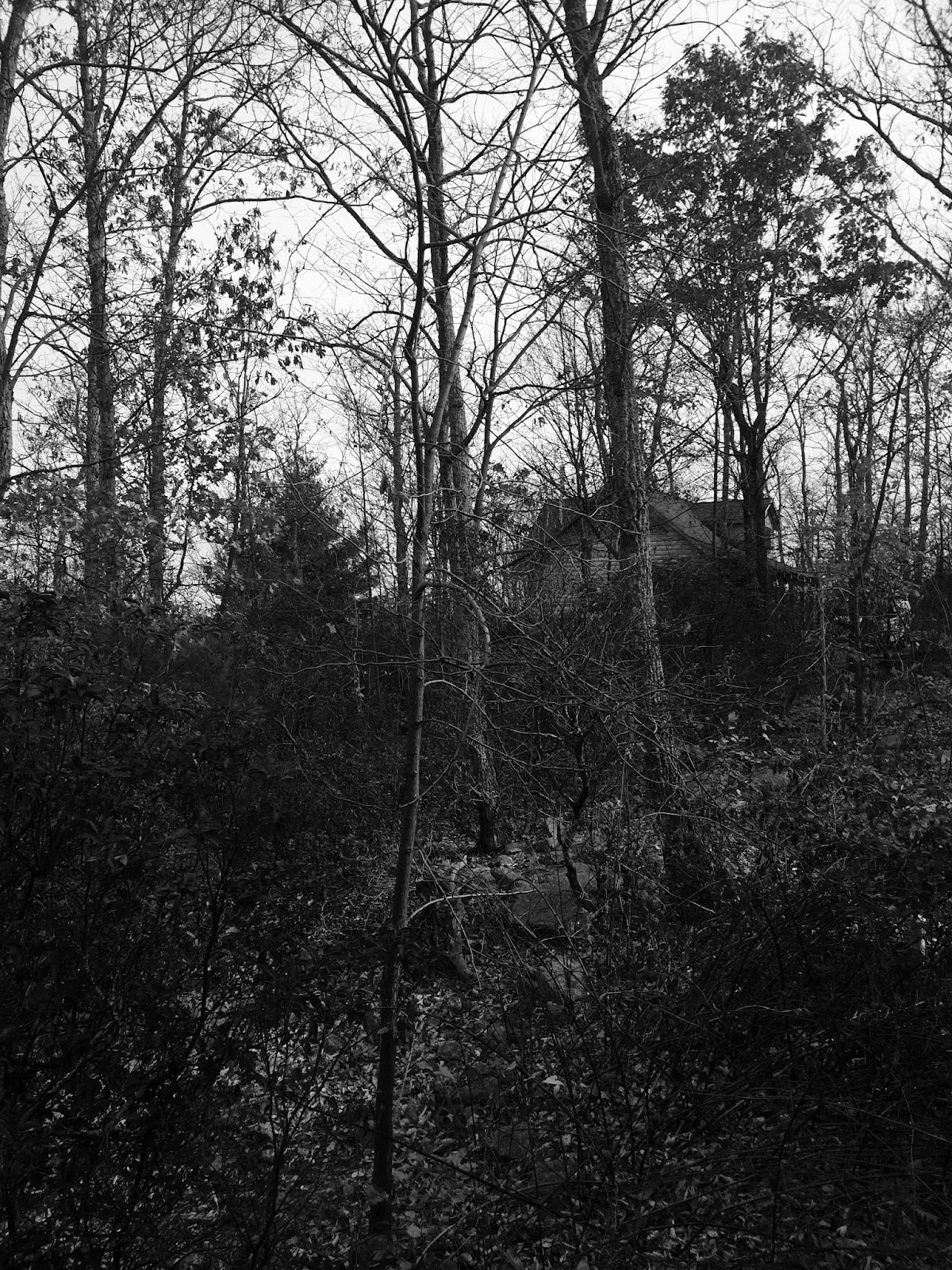 Next time I'm staying at a Motel 6.