It's very rare that Brian and I go on vacation, so I suggested we take a couple days off for our anniversary this year. We were planning to be in Annapolis for the weekend, so I thought it would be nice to stop somewhere overnight on our way home.

A romantic little getaway, if you will.

I found a rustic cabin in the Shenandoah Valley, which was off the beaten path, not too far from Charlottesville. 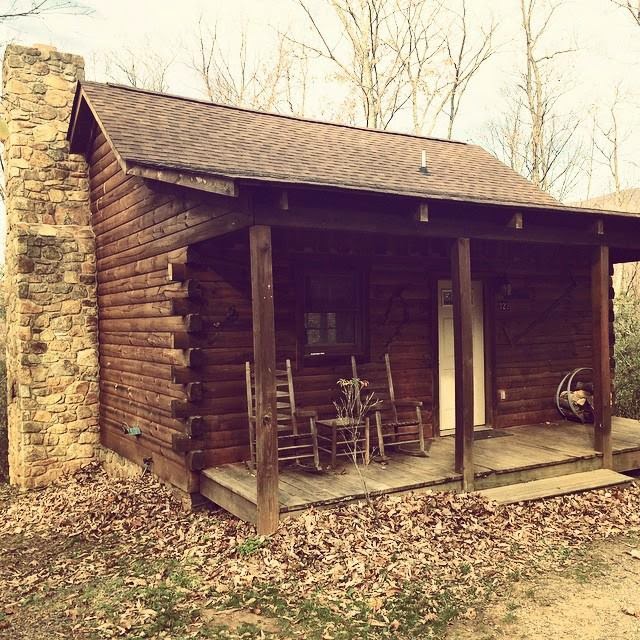 This cabin seemed perfect for our needs, offering privacy, a hot tub, and a wood burning fireplace.  I knew there wouldn't be much to do once we got there, but I figured Brian would be ecstatic to spend some one-on-one time with yours truly.

Between the Scrabble and Connect Four, he could barely contain his excitement.

After we arrived, the first few hours were great.
But then things went south and they went south fast.

The cabin provided the address of the nearest restaurant, so we're driving down the mountain on our way to dinner around 8:30 and I'm realizing there is absolutely no civilization within a thirty mile radius. In fact, I think this is where they filmed Deliverance.

When we arrive at the address, it's an abandoned strip mall. There's a grocery store called "Grocery" - the neon sign flickering with a dull buzzing sound. Two cars in the far end of the parking lot. And the restaurant. Completely dark, blinds closed, a sign that says "OPEN." 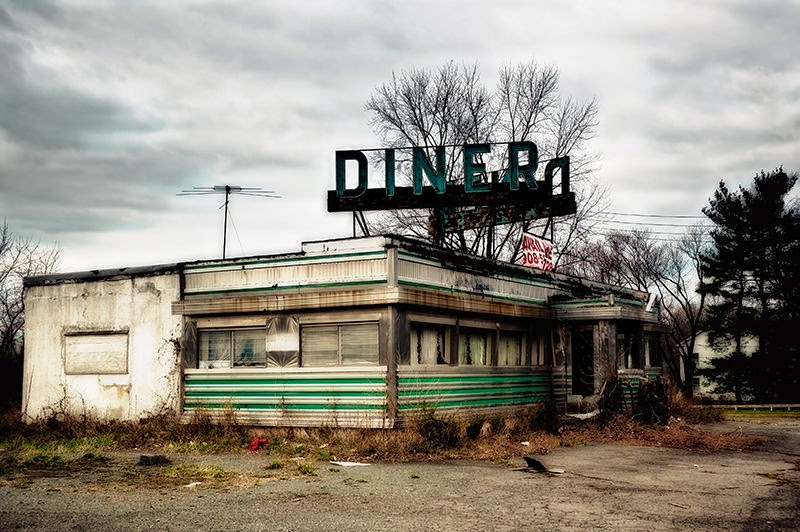 So, Brian's all like "it says open," so we decided to go in.

The lady inside seemed surprised to see customers. (Maybe it had something to do with the late 8:30 hour).
She looked at me.
She looked at Brian.
She said "how many?"
"Uh, two."
She then walked away to consult with a man in the back of the restaurant, then came back over to us and announced "take out only."

So then Brian asked "Um, are there any other places to eat in this town?"

So we ordered take out.

As I waited for the food, Brian went over to Grocery to get a bottle of wine. Not surprisingly, he reported back saying he was the only one in the whole place except for the cashier. As we got in the car to leave, a random guy casually walked across the parking lot and went behind the abandoned building. Like that's normal.

Something just seemed off about this town. It was one of those feelings you get in your gut and you're like "this ain't right."

So we headed back to the cabin, thinking we've put that uneasy feeling behind us. 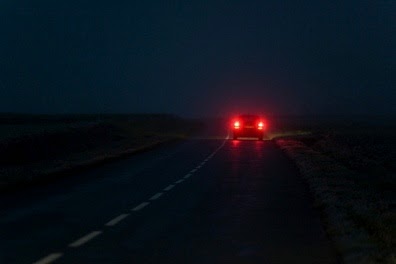 (That's us leaving. I'm not sure who took that picture.)