Thoughts on Year One

To sum up the first year of marriage, I would say it was surprisingly difficult.

I think the tough part for us was getting married and then immediately going through several major transitions all at once. One week after we were married, we left our cozy condo, moved into a new house, and combined all of our finances.

At first this all seemed very fun and exciting.
At first.

Add that to my disillusionment that Brian would suddenly stop spending tons of money on unnecessary car-related things.

Add that to the fact that our closest friends moved outside of our five-mile radius and Brian's favorite bar was no longer the weekend hangout.

The previous years of fun and care-free dating suddenly became a thing of the past.

I remember being so utterly exhausted in February and thinking "we're only three months in and I'm ready to throw in the towel!"

I'm embarrassed to admit this, but we literally had to sit down one morning and have one of  those conflict resolution discussions where you can only use "I" statements and you have to acknowledge your feelings without ever blaming the other person.

For instance, I would politely say  "I feel stressed because there is water leaking from a 240 gallon fish tank onto our hardwood floors in the living room," instead of saying the really mean words floating around in my head.

We've overcome some difficult moments, but we've grown stronger as a couple. We've had a very blessed year and I couldn't be more thankful.

Choosing to love Brian everyday is sometimes just a matter of changing my attitude.

Brian's morning routine involves shaving over the bathroom sink with an electric razor. When he's done, he shakes off the razor, depositing tiny little hairs all over the sink and counter. Next, he splashes some water around in a fruitless attempt to wash away these little hairs.

For as long as I can remember, I've let these tiny hairs drive me insane! I'm ashamed to admit that something so silly has had the power to make me so angry. The other day, however, I decided to change my attitude. I decided I would be thankful that Brian has hair (great hair, I might add) and that he is alive, healthy, and able to leave these tiny little hairs all over the bathroom sink when he's shaving.

It has totally changed my perspective.

We survived and we're still madly in love. 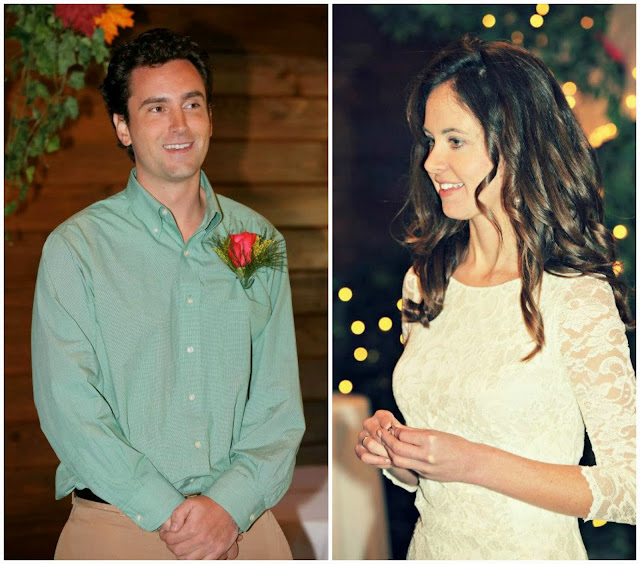