Back in April, I decided I would participate in Nancy Ray's Contentment Challenge. Basically, for the next three months, you're encouraged to focus on Jesus and not buy shit.

Nancy Ray puts it much more eloquently than I do. She doesn't use the word shit.

So far I've been successful with not buying anything other than the artwork I showed you on the previous blog post and groceries (groceries are allowed). Each month there is also a task to complete.

For the month of April, you were encouraged to clean out your closet and give stuff away for a charitable cause. Well, I decided I would donate my beloved prom dress. I searched for organizations that were accepting prom dresses for low-income girls, but I guess I'm a little late in the year for prom. Most of the charities are no longer accepting them.

I didn't end up giving my prom dress away and I never cleaned out the closets at my house, but low and behold, my parents actually cleaned out my closet at their house (in my childhood bedroom).

They knew nothing about the Contentment Challenge; it was just good timing on their part.

My mom claimed she was "de-hoarding" the whole house, although I'm pretty sure it was only my bedroom that got de-hoarded.

I'm on to you, Mom and Dad.
The kitchen counter still looked hoard-ish, as well as the guest bedroom. ;-)

My childhood closet was cleaned and the items were either donated or trashed. Mostly trashed.

Here's the huge pile of stuff that my parents so kindly moved outside to the garage: 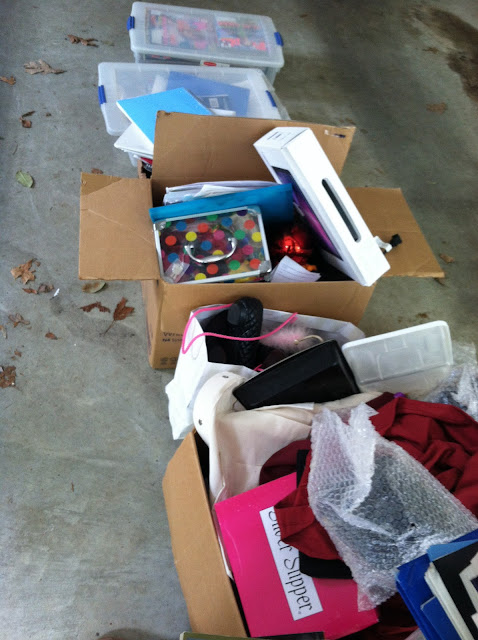 While I don't think I'm an actual hoarder, I do suffer from severe nostalgia. It pains me to part with things.

By the way, I own every Teen People magazine ever created. 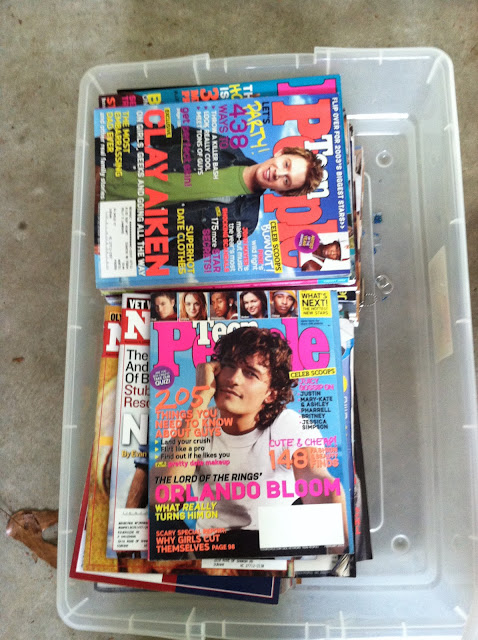 A few seconds ago when I posted this picture, I had to make an emergency phone call to my dad to save those Newsweek magazines that I must have overlooked. I can't part with those. 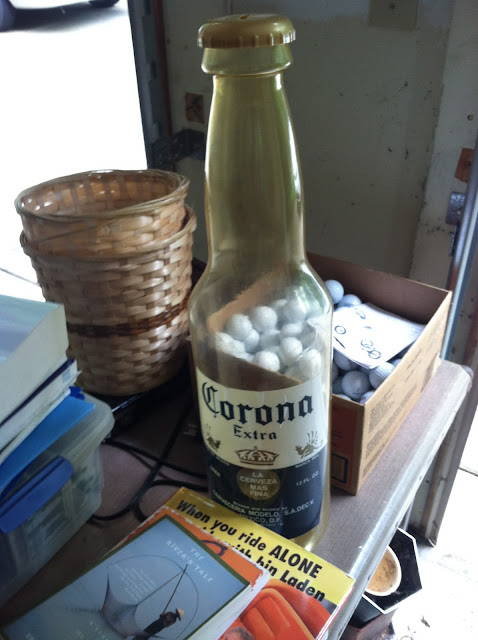 Goodbye Chumbawamba. You were such an inspiration. 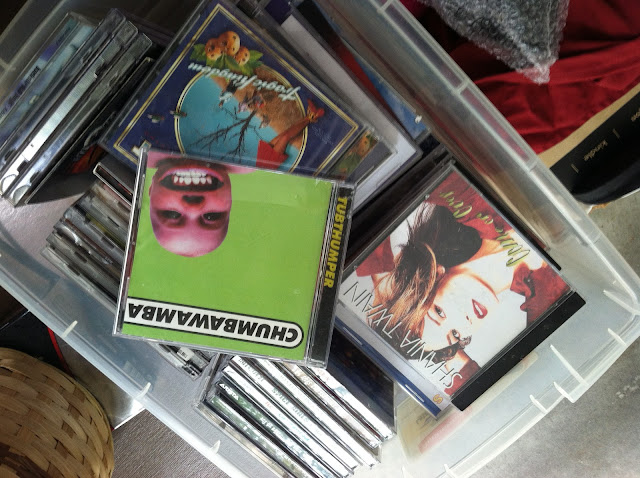 I get knocked down, but I get up again.

You're never gonna keep me down.