One moment of weakness was all it took.

Brian had mentioned wanting another English Bulldog for a while, but I was not on board. There were no serious discussions about another dog because, for me, it was not even an option.

Well, let me take you back to that fateful evening and give you the details of how Number Two unfolded.

Brian was out of town and I was relaxing on the porch with a glass of wine (Mistake #1) and doing some internet browsing.

I'm not sure what came over me, but I decided to go to Topline Bulldog's website and click on "available puppies." There's no harm in looking, right? (Mistake #2)

I was on the phone with Brian at this time and I was like "Oh look! There's a white puppy on the website!" (Announcing this to Brian with enthusiasm was Mistake #3. He saw an opportunity and he went for it.)

We figured the puppy was already spoken for, but Brian encouraged me to call the breeder to find out. There's no harm in calling, right? (Mistake #4)

If life were a movie, this would be the scene that ends with me saying "Well, even if she is available, we're definitely NOT getting another dog!"

And the next scene opens up with this... 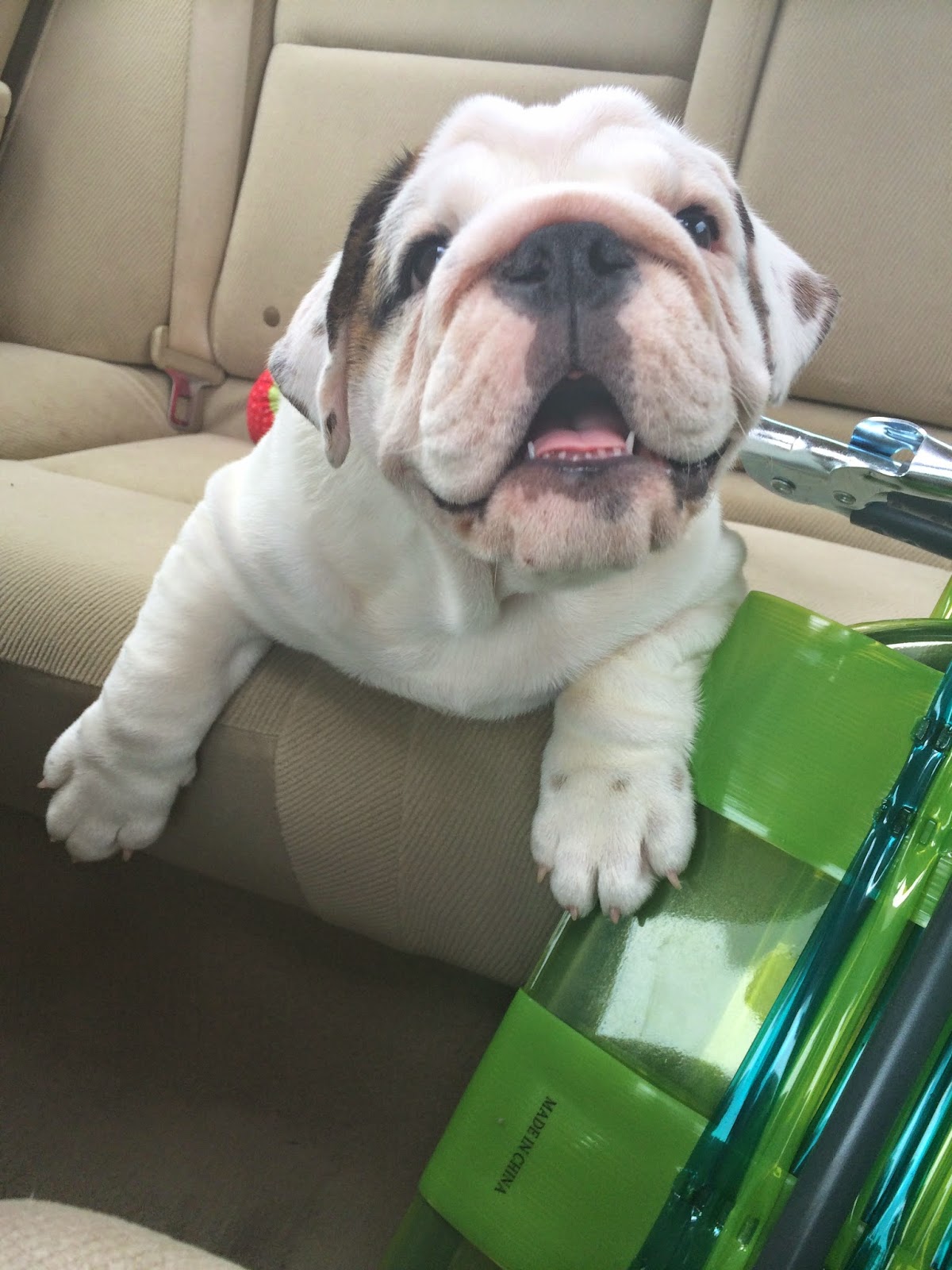 And guys, let me tell you - I knew Dog Number Two was a bad idea, but it's ended up being worse than I originally thought.

The poop. The pee. The tiny teeth that are weapons of mass destruction. 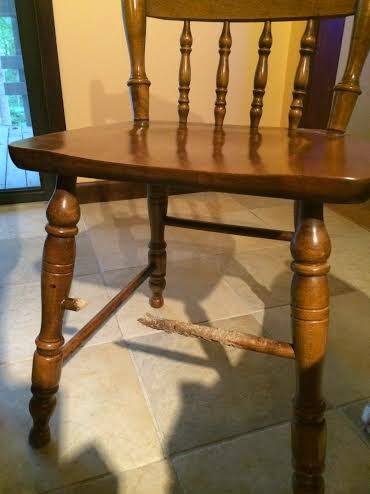 This puppy stage will be the death of me.

Her resemblance to a seal? Uncanny. 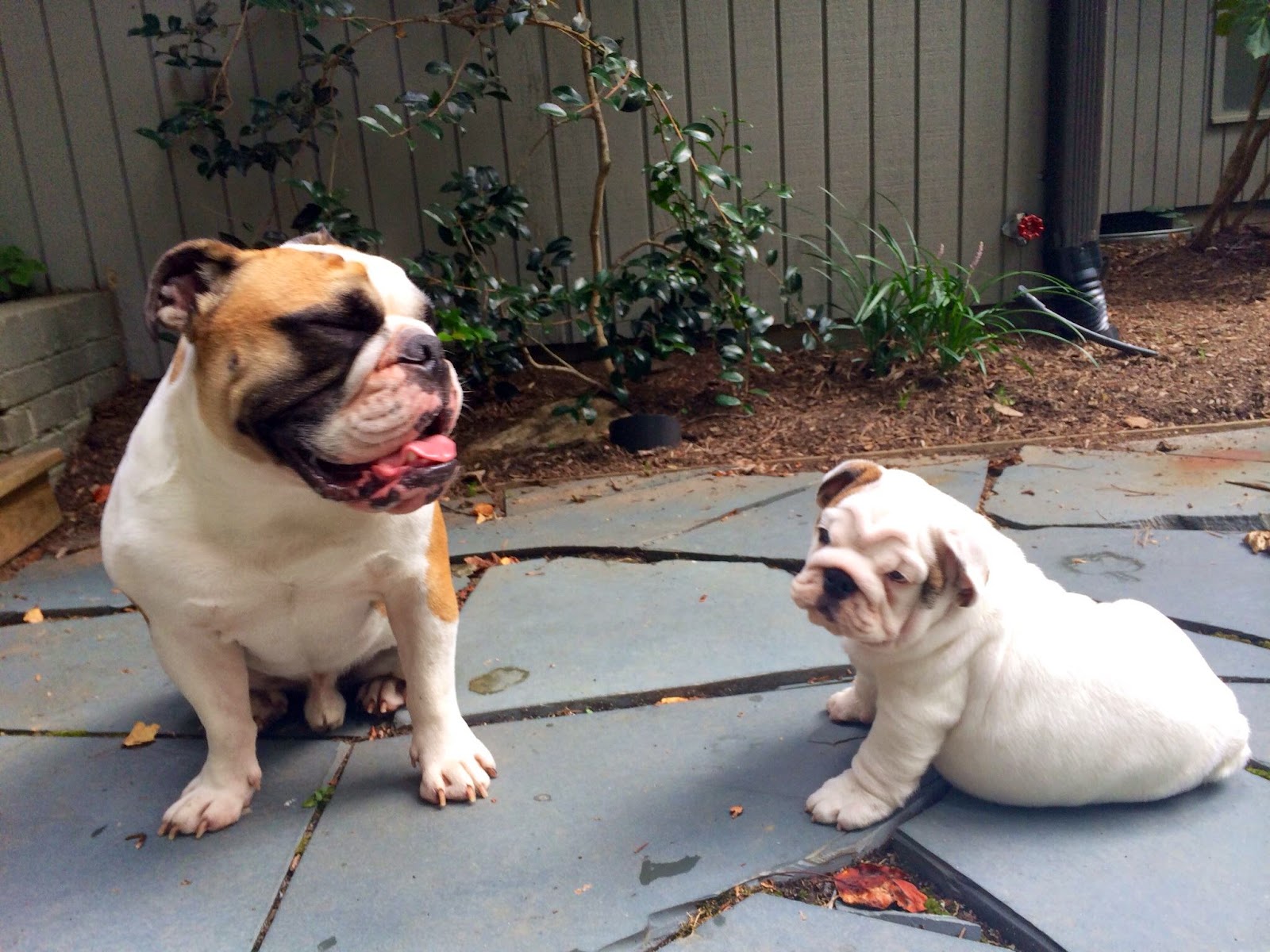 But this dog melts my heart like no other.

When it's just me and her, barely awake at 5:30 AM, I'll snuggle up with her and whisper that she's my angel of the morning.

Simply put, she is the best of the best.

She's fearless, go-with-the-flow, and laid back...so far. It may be too early to know for sure.

Remember that time I reluctantly let Brian pick out our first dog (Not Sam) because he insisted it was the most mellow and calm one in the litter? Well that puppy grew up to be hell on wheels.

So, yeah.
It's definitely too early to know for sure.