I read the following article tonight and thought it was interesting: A Teenager's View on Social Media.

After reading it, the mere fact that I'm writing this blog on Blogger and linking it to Facebook makes me feel ancient. When I was a teenager, there was dial-up internet, chat rooms, and AIM.

Facebook is like an old boyfriend that I just can't quit. It used to be fun and exciting, now it kinda sucks. I know it's bad for me and a huge waste of my time, but I just keep going back.

I joined thefacebook.com in 2005 when it was only for college students. There was one profile picture, some basic information, and the wall. Eventually it allowed for more pictures, which became a great way to keep photos organized in online albums. Back then I was not as concerned about posting pictures of underage drinking, college parties, etc., because no "grown-ups" were on Facebook yet (you had to have a college e-mail address to have an account). 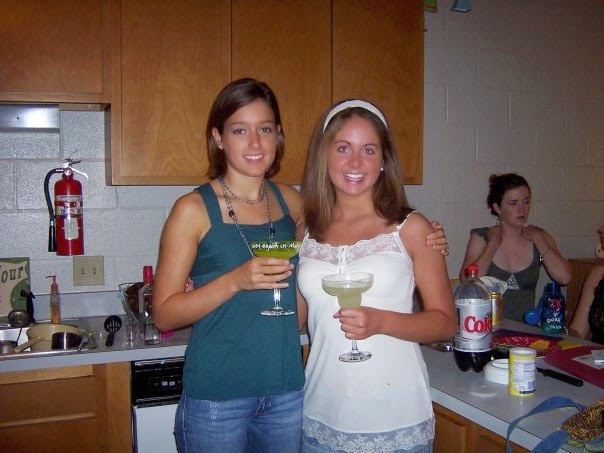 Margaritas and tequila shots on the daily.

Wall posts were usually inside jokes between friends, and the posts weren't broadcast to everyone like they are today, so it was much more personal. My parents still aren't onboard the Facebook train, but now I have co-workers, family, in-laws, etc. who are all using Facebook, so it has changed the experience.

During the work week, I keep Facebook open in a separate tab and glance at it periodically throughout the day. I will "like" a few posts, but most of the statuses I see are pictures of babies, advertisements, or news stories.  I waste time reading comments on controversial stories that I really don't care about. I'll periodically post pictures from trips I've taken or do a "photo dump" of pictures I have stored on my iPhone of our dogs.

I do not have the Facebook app on my phone, but for my age group, I'm probably in the minority here.

In the evenings and on the weekends, I try to avoid Facebook altogether because I'd rather spend time with Brian, Otis, and Pippa. I have considered getting rid of Facebook, but I feel trapped. It's useful to keep up with friends and family. Also, Facebook is like a time capsule of my college years, so looking back on some of my earliest wall posts brings back many great memories. I'd hate to lose that. I think there's a way to save my entire Facebook history on my hard drive, but I haven't taken the time to do that yet.

I'll probably continue to waste time on Facebook, but I think it will eventually fizzle out.

I got Instagram in 2010 before it was social. I used it to give my cell phone pictures an old, worn, sepia effect. I would just take pictures of random things. Now I think I have about 100 follow/followers on Instagram, primarily female. I check this app on my phone about once a day.

The posts I enjoy most are from those who are younger than me, specifically college-aged. When I read their picture captions or read their friends' comments, I'm often laughing....and Googling ("on fleek" anyone?). Their photo commentary is quite witty.

I also see a lot of "staged" posts on Instagram, as in here's a coffee mug, my daily planner, and some pink flower petals all perfectly sitting on this white desk. Kind of annoying, but I'm usually scrolling pretty fast. 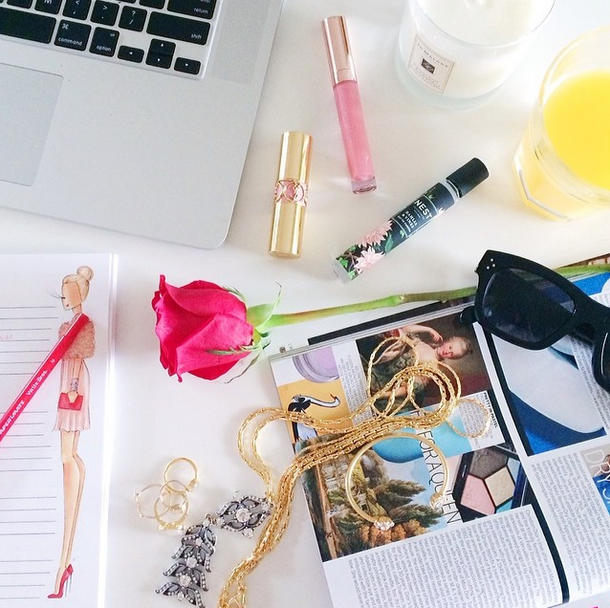 Blogs are my favorite form of social media, and most blogs I'm familiar with are done on Blogger or Wordpress. I enjoy getting a glimpse into people's personal lives. I daily visit blogs for two reasons:

1. I know the actual person writing it, or
2. It's content I care about

I think I have a Google+ account because I use Gmail. That's all I know.

Is G-Chat social media? I don't know, but I'm including it because I love it. My husband and I primarily use this at work to check in with each other throughout the day. Since I'm on e-mail all day anyways, it's very convenient. I think I can count on one hand the number of times I've ever called my husband while he's working. If we need to talk during the day or just want to say hi, G-chat is the way to go.

Pinterest is good for ideas. I'm on it about once or twice per week. Lately it's come in handy when trying to keep track of ideas for our house and yard, since I know we have some landscaping projects planned for this year. Most of my pins are things I will likely never do.

Does this still exist? I had a MySpace account very briefly in high school. I think my parents made me delete it, but I was indifferent because MySpace wasn't very cool.

When I was nineteen, I met my husband Brian. Brian was in his mid-twenties at the time, therefore clueless and out of touch. ;) I asked him if he was on Facebook and he told me he was on MySpace. I was embarrassed for him. The very next day, however, I created a MySpace account just so I could friend him. I remember hoping he wouldn't notice he and Tom were my only two friends!

I'm still confused by Twitter. My perception is that it's mostly used by celebrities, specifically Amanda Bynes.

I don't have Snapchat, but I have a vague idea what this app is about (pictures are "permanently deleted" after a few seconds). The teenager who wrote the original article said that it is quickly becoming the most popular social media network. Hmmm...to that I say there must be a lot of kids sending naughty photos. At least that's my perception. Why else would you want a photo to disappear after a few seconds?

I have a LinkedIn account. I provide no picture or information, so it's basically irrelevant. The only time I go on it is when I get an e-mail that tells me someone wants to connect.

Being married, I'm not too familiar with the social media dating platforms, but I did get the opportunity to play matchmaker on Tinder using one of my guy friend's phones. It was surprisingly fun! I learned about swiping left vs. swiping right. I initially thought it was used mainly for hooking up with random strangers nearby, but perhaps people actually go on genuine dates. Not sure. If I was single, I would use it.

No clue. No friggin' clue.