When My Husband Decorated the Nursery....

If you've been reading my blog, you know that I haven't done much of anything to prepare for our son's arrival next month. I had two baby showers last week, so I finally had a lot more stuff to work with and figured it was time to start setting up the bedroom this past weekend.

Originally, I didn't have a nursery theme, but once people started asking me a few months ago, I casually mentioned that I'd like the room to have a rustic, outdoorsy-feel. Since our house has wooded views in every room, I always try to bring the outside in, and make our house feel cozy and cabin-like. 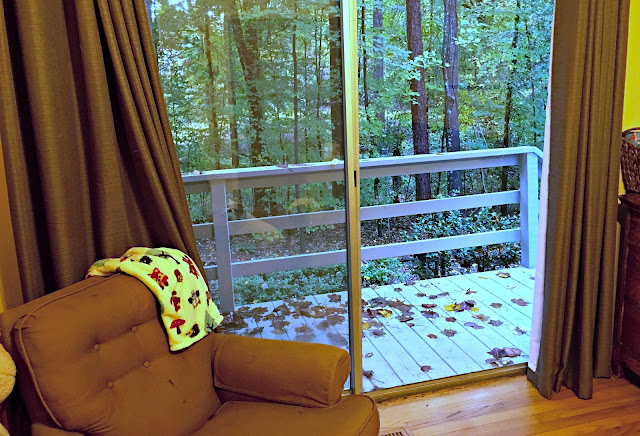 I bought a brown fur rug and a deer antler mount for the wall. Beyond that, I was just going to keep it simple.

A few people had given me really cute items, such as this crib mobile, that fit perfectly with my "woodsy" vision: 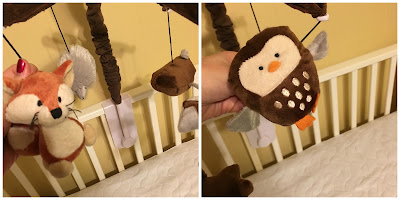 On Sunday, I gave Brian the task of assembling the crib and hanging up the deer antler mount. There was already a chair, dresser, and futon in the room, so I mentioned he may need to figure out the furniture arrangement.

Somehow this translated into Brian figuring out how he could utilize everything we had in storage and incorporate it into the baby's nursery.

I tried to stay out of his way while he assembled the crib, but at one point he needed my help with something, so I entered the room. After I had helped him, I started looking around the room to survey all he had done. Just as I was about to offer some advice (and remind him of my rustic, woodlands vision), he quickly announced "I don't need you for anything else, so you can leave now."

So I left the room to let him finish his task.

I should have known at this point that my woodlands theme was at risk of being ignored. I'm pretty sure when I told him my vision a few weeks ago, this was the reaction I got:

When Brian came out of the room later, the first thing he said was "I can't believe I fit all that furniture in there."

In total, Brian managed to fit a futon, a dresser, a crib, a sitting chair, and three nightstands. He also went through our closets and found some other things to add to the nursery. 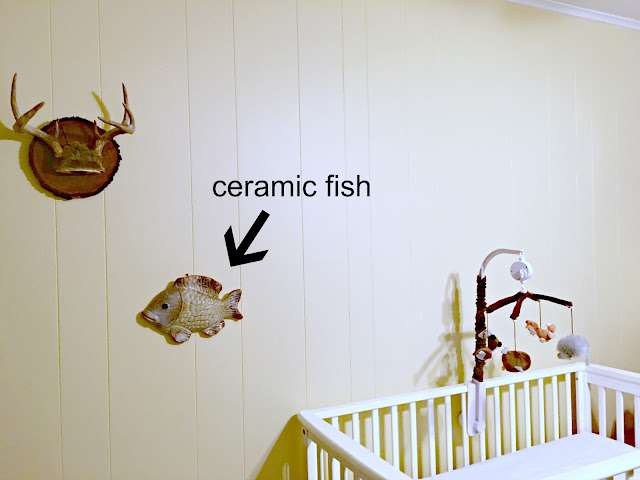 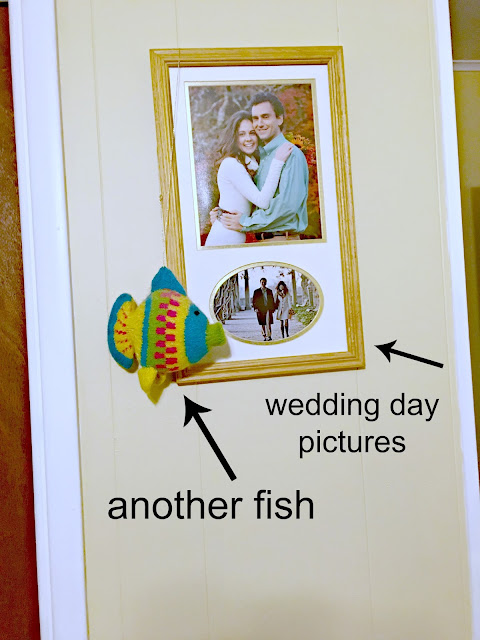 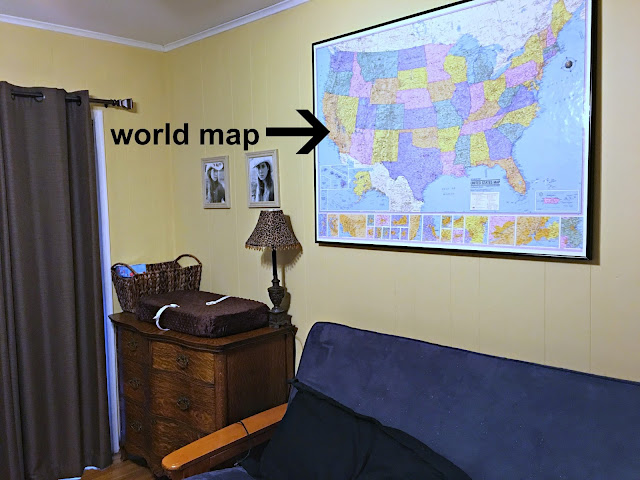 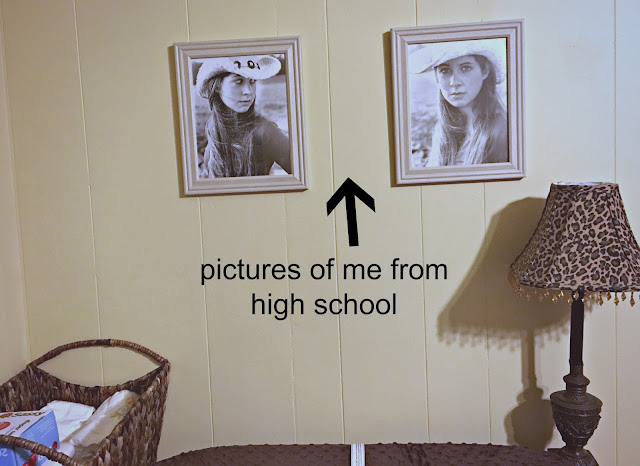 And my personal favorite.... 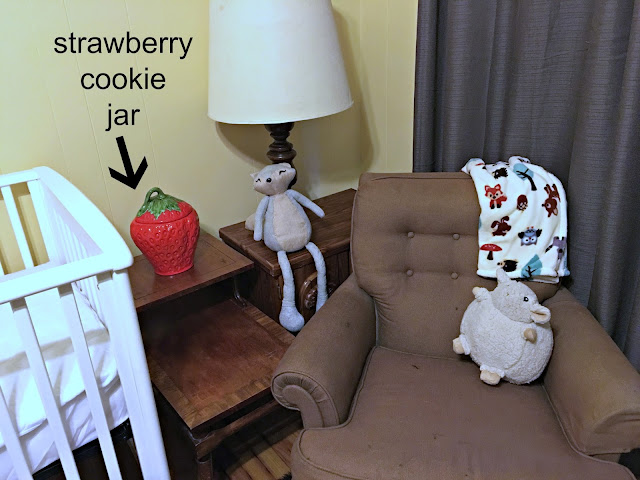 I think it's safe to say that the nursery no longer has a theme.

It has deer antlers, a map, some fish, and a cookie jar.

But you know what?

It's the thought that counts. And I learned early on that you have to pick your battles.

So here's our completed nursery..... 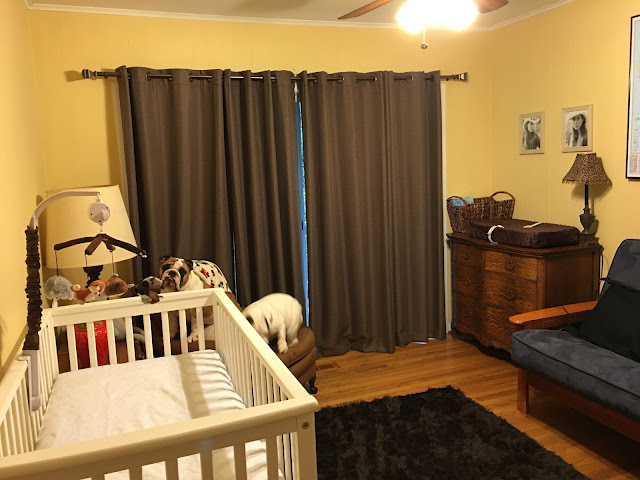 And our two dogs trying to steal a stuffed animal.